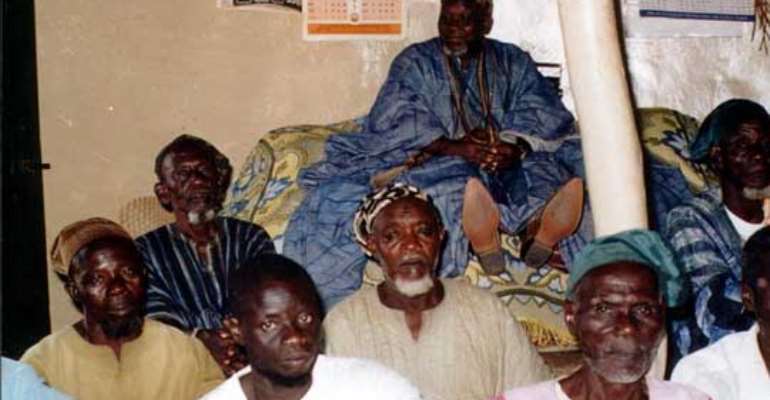 A state funeral for the Ghanaian Dagbon king is being held in the town of Yendi four years after he was beheaded. Ya-Na Yakubu Andani II and more than 40 others were killed during a bloody dispute between rival royal clans.

His murder unleashed a wave of violence that led to the imposition of a state of emergency in the northern region.

The BBC's Kwaku Sakyi Addo in Yendi says it has taken four years to name a successor and rebuild the palace that was destroyed during the fighting.

The Andanis and their rivals, the Abudus, could not agree on which royal household should choose a regent.

According to Dagbon custom, the king could not be buried until such the matter was resolved.

The late monarch's 32 wives travelled from the town of Tamale to Yendi on Sunday with motorcycle escorts to attend the highly symbolic ceremony, our correspondent says.

Other members of the royal family, government officials as well as civil society organisations that have been working to resolve the four-year dispute are also attending.

Our reporter says the burial itself will be late on Monday night and the viewing of his body will be limited to a few people, including his eldest son who will be named the regent.

The late monarch, who was known as the "Lion" of Dagbon, had been on the throne for 28 years.