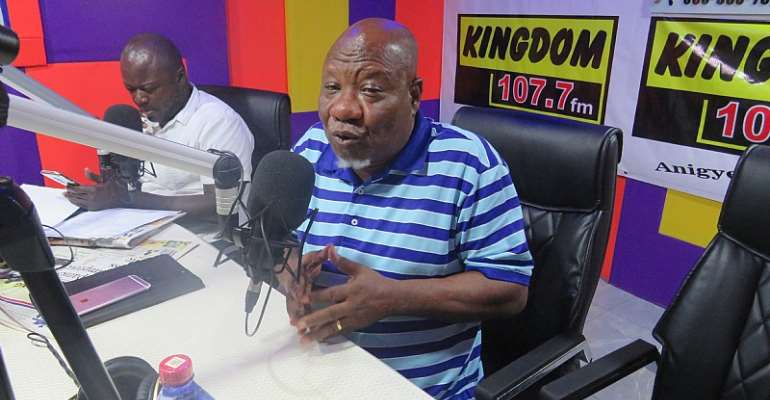 Former Central Regional Chairman of the largest opposition NDC and Social Commentator, Bernard Allotey Jacobs, has commended the Electoral Commission (EC) for the introduction of the Eminent Advisory Committee.

Allotey Jacobs described the establishment of an Eminent Advisory Committee by the Electoral Commission (EC) as a wise decision.

“I praise the EC for introducing the Eminent Advisory Committee, it will help in ensuring free and fair elections,'' Allotey Jacobs told Lawyer Ohene Gyan on 'Pae Mu Ka' on Accra-based Kingdom FM 107.7

According to him, he believes that will help to remove the suspicions people have about the Commission.

He expressed the hope that the formation of the committee will help to remove doubts from people's minds about the independence of the Commission.

He urged members of the committee to speak out on issues of national importance now so their voices will be recognized and appreciated when they speak out during the election period.

Background
The Electoral Commission (EC) inaugurated a 21-member Eminent Advisory Committee to enhance engagement and interactions between the Commission and the Ghanaian Society, as the nation prepares towards the 2020 General Election.

The Committee, which is made up of distinguished eminent Ghanaians, is under the Chairmanship of Mr Justice Emile Francis Short, former Chairman, Commission on Human Rights and Administrative Justice.