By Sheetal Soni - The Conversation 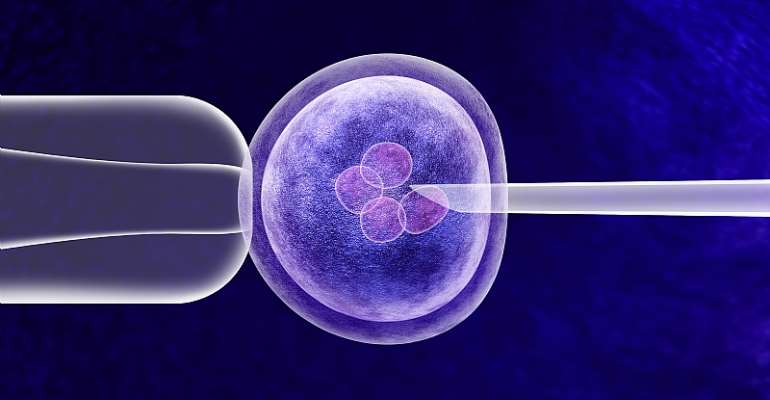 Gene editing technology allows scientists to make changes to an organism's DNA. It has made it possible to create cattle without horns, tomatoes that ripen slowly over time, and even mosquitoes that are incapable of transmitting malaria.

The next frontier is human gene editing. Its potential is undeniable, and it provides the opportunity to edit disease out of the human genome.

Germline editing is more ethically controversial as it allows some control over what people of the future may be like. More than 40 countries prohibit it in their laws. In South Africa, however, the law does not mention human somatic or germline editing at all.

Scientists around the world recently called for a five-year moratorium on gene editing of humans until the technology can be proven to be safe and efficient. The call follows the gene editing of two children by the Chinese scientist He Jiankui in 2018. Jiankui performed germline editing on the children as embryos to try to make them resistant to HIV acquisition. This was labelled as experimentation because the safety of gene editing in humans hasn't been proven. At the end of 2019 Jiankui was sentenced to three years in prison.

The scientific community agreed that Jiankui had crossed the line, but is it really fair for them to make this decision? Gene editing has the potential to make an impact on the human race, so shouldn't everyone have a voice in this conversation?

As an academic who teaches international law and bioethics, I believe this is a debate that must take place at the global level. International bodies such as the World Health Organisation and the Association for Responsible Research and Innovation in Genome Editing are trying to facilitate this.

Gene editing needs more than legal regulation. It should also be politically and ethically acceptable. And the public should have a say on the issues.

International law is based on the principle of consent. States choose to be bound by the rules. Only certain international laws can be enforced in international courts and these courts don't bind all states. States make – and avoid – treaties and agreements based on political ties. It is difficult to bind states to legal rules at the international level because there isn't always consensus on the issues.

The Convention on Human Rights and Biomedicine also known as the Oviedo Convention is the only international legally binding instrument on the protection of human rights in the biomedical field. It's binding on 29, mostly European, countries. Its application outside Europe is therefore limited. But it is still important to consider its provisions as it represents agreement between some countries on these issues.

Article 13 states that “an intervention seeking to modify the human genome may only be undertaken for preventive, diagnostic, or therapeutic purposes and only if its aim is not to introduce any modification in the genome of any descendants”. This is interpreted as permitting somatic gene editing, but prohibiting germline editing.

Gene editing has created a new “race to the moon”, with countries trying to be the pioneers in new technology. It is difficult to oblige countries to restrict their technological capacity as this is often linked to their political power.

This is why many countries are not keen on regulating gene editing. They want to push ahead with developing the technology and be the first to bring it to human use.

The idea of applying gene editing to humans is fraught with ethical issues. They include the creation of “designer babies”, treatment for genetic diseases being accessible only to the wealthy minority, and deciding when gene editing may be used and when it should be banned. These issues have been raised in relation to other medical technologies, and are being revived in relation to gene editing. But the potential benefits are there and need to be debated.

Gene editing has the ability to affect people's common genetic heritage, and it should not be scientists alone who determine what should or should not be allowed. The public needs information about the risks and benefits, and inclusion in the debate over acceptable standards.

The only way to place regulation of gene editing on the political agenda is to get people talking about it. The issue of climate change provides a good example of this. It's through social mobilisation by citizens that the climate change movement has gathered momentum and placed the issue on the agenda.

Gene editing provides an opportunity for the public to participate in developing a regulatory framework. To some extent, this public engagement is already happening, through the media and documentary series such as Netflix's Unnatural Selection. But these platforms often suggest Western narratives which aren't applicable in every context. This is especially relevant for countries where traditional medicine is a norm for many citizens and private healthcare is often out of reach. Countries may have language, cultural and traditional barriers which these narratives don't cater for. There's no one-size-fits-all model for public engagement.

This isn't uncharted territory. Engagement with specific populations has already been done in Africa, most notably with the San population. The first South African Gene Editing Conference was recently held at the University of Witwatersrand in Johannesburg. It was a crucial first step towards a conversation on gene editing on the African continent.

It's important to consider the religious, social and cultural context when developing a regulatory framework. Gene editing gives people control over human genetics which was previously impossible. It presents the opportunity to remove disease from the human population. The time is ripe to embrace this technology so that it's safe to use in humans and to establish a framework within which it may be applied.

Sheetal Soni is a an academic at the School of Law at the University of KwaZulu-Natal, where she lectures Bioethics, International Law and Intellectual Property Law. She is also a member of the Association for Responsible Research in Genome Editing (ARRIGE). She has received funding from the organisation to attend its annual general meeting.