Why South Africa's children are vulnerable to violence and injuries

By Shanaaz Mathews - The Conversation 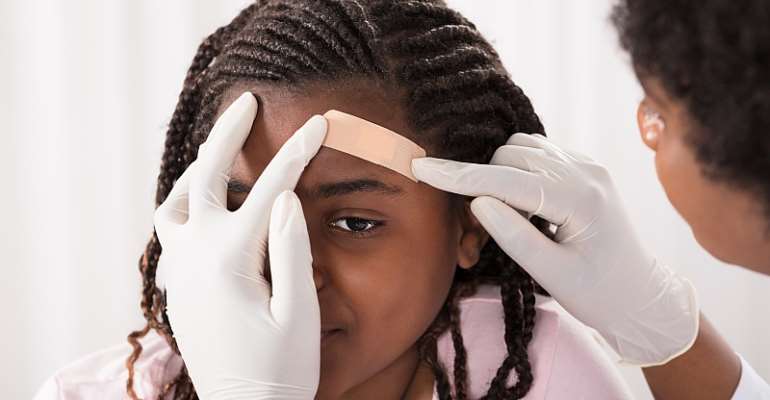 South Africa&#39;s deep structural poverty is part of the explanation for injuries to children - Source: Shutterstock

South African children are vulnerable to injuries, not just those that are accidental but also those inflicted intentionally. This is according to the 2019 Child Gauge report, an annual publication that explores how children in South Africa are faring.

The report notes that injuries to children span from burns to drowning and from road traffic injuries to fatal child abuse. More than 8,000 children die every year as a result of injuries. About 5,000 of these are accidental or unintentional. The leading causes of child injury deaths in South Africa are road traffic injuries (36%), homicide (28%), unintentional injuries such as burns and drowning (27%) and suicide (8.5%), which is considered intentional.

In a society like South Africa which has deep structural poverty, the causes of injuries to children are often linked to the circumstances in which people live. For example, poor infrastructure and harsh living conditions expose children to high levels of neglect, harm and injury in the home and community.

Even though most injuries may not be inflicted intentionally, they shouldn't be considered as accidents. This is because most injuries occur in the context of inadequate care. Most can be prevented by ensuring children's safety in their homes, schools, recreational spaces, community settings and the transport connections between them.

Child safety interventions should take into account the child's evolving capacities and stage of development. The risks change as children become more independent and move out of home into schools and the wider community.

Young children are particularly vulnerable to falls, drowning and hot water burns because of their natural curiosity and increasing mobility. School-aged children are at risk of road traffic injuries, especially because 67% of them walk to school. Adolescents tend to overestimate their ability to negotiate often complex and hazardous traffic environments and are primed to engage in risk-taking behaviour.

Efforts to prevent childhood injuries often start by making children and families aware of the dangers. Families should keep poisons, matches, electrical appliances, water containers and hot water away from young children. Children must wear safety belts in vehicles and be supervised closely near open water and other dangers.

Yet individual behaviour change can only go so far.

Many of the drivers of violence and injury are structural in nature. For example, it's harder to keep children safe when living in a two-room shack and using candles and a paraffin stove. Walking to school in an informal settlement or a busy urban space where there are no pavements is also riskier. It's more difficult to protect children from violence in communities where poverty, unemployment and substance abuse fuel conflict both within and outside the family.

In fact, violence and injury share many common risk factors. They include poverty, poor infrastructure, harsh living conditions, gender inequality, violent forms of masculinity, and widespread abuse of alcohol and drugs. All these expose children to both violent and unintentional injury.

Yet, evidence from South Africa and elsewhere shows that such epidemics can be prevented. South Africa has many organisations dedicated to preventing injury and promoting resilient children, families and communities. This work needs to be recognised, along with the countless efforts by families to protect their children.

Many of the local evidence-based programmes are showcased in the Child Gauge. For example, several communities have introduced “walking buses” where families and community members accompany children to and from school, helping to protect them from violence and traffic dangers. There are also violence prevention and urban upgrade initiatives to create safe public spaces and neighbourhood resource centres where children can play.

The question is how to take these to scale.

To turn the tide of violence and unintentional injury alike, the country needs greater leadership and collaboration across sectors to address the overlapping risk factors.

Countries that have seen the greatest gains in violence and injury prevention have invested in leadership to push for interventions that are known to work. The World Health Organisation has reported that countries such as Australia, Canada and France have reduced their injury death rates, some by as much as half and within a 10 to 20 year period. Many others, such as South Africa, have also begun investing in research, programmes and capacities for safety interventions.

Violence and injury rates were reduced in these countries because of concerted efforts that were often led by government and community coalitions as part of a national strategy or programme focused on injury and violence prevention. Therefore a massive coordinated shift is necessary to deliver such interventions and services to communities at scale.

It's time for government to identify child safety as a strategic priority, build partnerships with nongovernmental organisations and develop an intersectoral plan to promote the safety of South Africa's children.

This article is based on a chapter in the Child Gauge report “Violence, injury and child safety: The new challenge for child health”.