By Andrew Gibbs - The Conversation 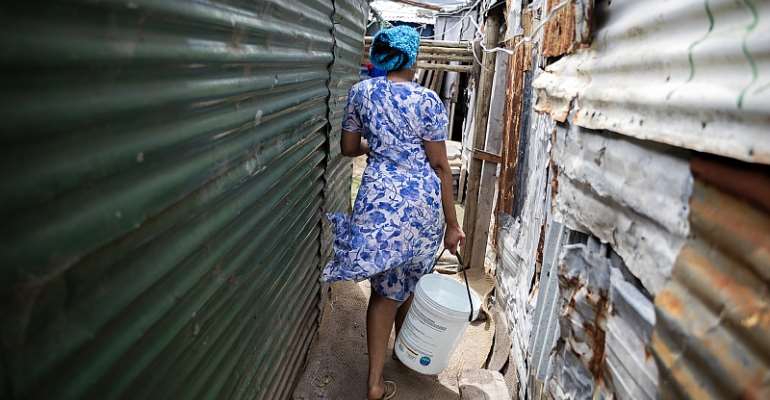 Violence against women and girls in South Africa is now recognised as a national crisis. Far too many women and girls experience violence, primarily from their intimate partners.

The latest Demographic and Health Survey, a nationally representative survey across South Africa, led by the South African Medical Research Council in 2016, suggests that 1 in 10 women experienced intimate partner violence in the previous year. However, in our studies we found rates of physical and/or sexual intimate partner violence was as high as 65% among some women living in urban informal settlements.

Activists have been developing and implementing interventions over many years to prevent intimate partner violence. Evaluations of these interventions has shown great promise, with some studies suggesting that interventions can reduce women's experiences of violence by their partners by 55%.

We conducted research in 34 clusters in urban informal settlements near the urban metropole of eThekwini on the east coast of the country.

Over two years we assessed what effect they had had on reducing intimate partner violence, and whether they helped people gain a firmer footing in terms of a livelihoods.

We found the two were effective in reducing men's self-reported perpetration of partner violence as well as reducing men's alcohol intake. It also strengthened men's livelihoods. When it came to women, they reported much stronger livelihoods, but there was no evidence that they influenced women's experiences of violence from their partners.

This is the first evaluation of Stepping Stones and Creating Futures. It shows that the intervention could support young people living in very challenging contexts.

In our research we adapted two well-known interventions. The one, called “Stepping Stones”, focused on relationships, communication, violence prevention and sexual health.

We combined this with an intervention called Creating Futures which is designed to strengthen people's ability to support themselves. It involved supporting young people to reflect on the opportunities available to them rather than providing them with cash or specific specific skills training.

We delivered the combined interventions to single sex groups of about 20 women or men, in 21 sessions, over about 12 weeks. They ranged between the ages of 18 and 30.

We then evaluated whether those who had received the intervention had lower rates of intimate partner violence, improved livelihoods and more gender equitable attitudes.

We did this with a randomised controlled trial with 677 women and 674 men. A randomised controlled trial allocates participants randomly to either receive the intervention immediately, or after the study has been completed. This reduced the chances that changes participants reported were because of wider changes in society – such as a general improvement in the economy – and allowed us to assess whether the intervention had an independent impact, or not.

We found that, after two years, men who had been through Stepping Stones and Creating Futures reported significantly reduced rates of perpetrating violence. The men involved in the trial reported:

The responses from women were different. The key points were:

The positive finding about men's behaviour around violence and reduced alcohol use, mirrors an earlier trial of Stepping Stones in the Eastern Cape with younger school-going men and women. In that trial, men reported a significant reduction in intimate partner violence after two years, and there was a reduction in alcohol use after one year.

This gives us great confidence that this intervention can benefit young men.

Understanding the lack of impact for young women is a critical next step, as is developing more effective approaches to preventing intimate partner violence for women.

The combined Stepping Stones and Creating Futures intervention is the first intervention seeking to strengthen young people's livelihoods, and to tackle gender-based violence.

Our research found that, among men, they did indeed reduce self-reported acts of intimate partner violence as well as overall alcohol use. They also helped young men improve their savings.

When it came to women, we demonstrated that the interventions enabled them to increase their earnings and savings. But, they had no impact on their experience of intimate partner violence.

Based on our findings we concluded that Stepping Stones and Creating Futures should be scaled up.

Andrew Gibbs receives funding from the UK Department for International Development's What Works to Prevent Violence Against Women and Girls Global Programme, which funded this research. He is employed by the South African Medical Research Council.

Rachel Jewkes receives funding from the UK Department for International Development's What Works to Prevent Violence Against Women and Girls Global Programme, which funded this research.