UN peacekeeping is stymied by serious contradictions. They need to be resolved

By Alexandra Novosseloff - The Conversation 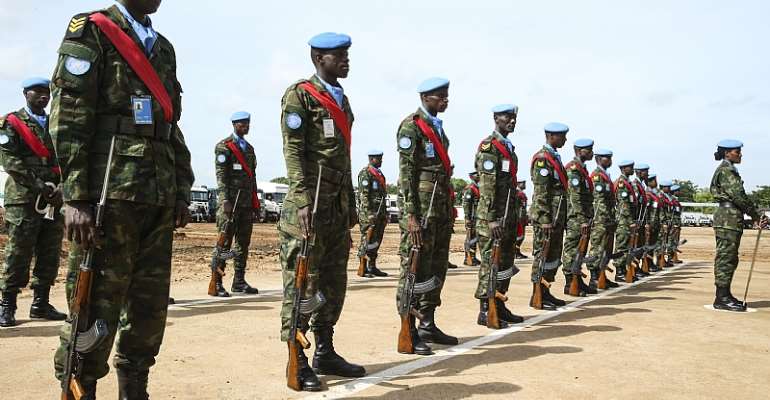 For three decades, UN peace operations have been falling into the same traps because stakeholders don't want to tackle some of the contradictions confronting peacekeeping. Professor Paul D. Williams from George Washington University recently called this the UN Security Council's “peacekeeping trilemma”. This refers to the fact that peacekeeping missions have to meet multidimensional mandates and minimise casualties while working with increasingly tight budgets.

Williams argued that these factors have

constrained the design of peacekeeping operations and set them up for failure.

Unless member states try to solve these contradictions, the UN will not be fit for purpose in the future. Even if the trend towards smaller missions and a spectrum of peace operations continues, it still has five big, multidimensional missions in South Sudan, Mali, the Central African Republic, Darfur in Sudan, and the Democratic Republic of Congo to manage and conclude for the next two to four years.

Then there's the prospect that a member state might ask the secretariat to prepare for another multidimensional deployment in West Africa or in the Middle East.

To move forward, therefore, the UN must solve some of the contradictions, in terms of capacity, ambitions and finances, that tend to entangle peace operations. As the director of the International Peace Institute's Centre on Peace Operations, Jake Sherman, explains, there is a

growing dissonance between the Security Council's expectations and what peacekeeping operations can realistically achieve.

As I have highlighted previously, peacekeeping has always been done on the cheap. For example, when in 1993 UN secretary-general Boutros Boutros-Ghali requested 8,000 troops to protect the safe areas of Bosnia, the Security Council provided only 3,000.

The current peacekeeping budget represents just 0.3% of the world's military expenditure. Yet the question of whether the resources given to peacekeeping are enough has never been seriously put on the table. As a result, operations are underfunded for their missions.

They accordingly face severe and continuous gaps in terms of capacity and material such as armoured vehicles, helicopters, engineers, transport, signals, aviation and medical personnel.

Such gaps would be intolerable to any other military deployment. The mission in Mali, in particular, which was created to stabilise the main populated areas of the northern part of the country and to support the implementation of the Algiers Agreement, has been facing numerous gaps.

Yet the Security Council has asked that it protect civilians in both the north and the centre of the country. This without significant increases to its budget and troops, overstretching it even more.

The achievements of UN missions are judged as if they have the resources to implement their mandates. This consistent lack of resources has an immediate impact on peacekeepers' ability to protect themselves and local populations.

It also contradicts the wish of member states for UN operations to be more robust. (These are the same states that want to reduce the peacekeeping budget and contribute sparingly to peace operations, chiefly Western countries.)

Indeed, the push towards the “militarisation” of peacekeeping, embodied in the 2018 report of General Carlos dos Santos Cruz, the former Force Commander of the UN's operations in the Democratic Republic of Congo and Haiti, contradicts decisions to cut peacekeeping budgets. This in turn constrains the call to strengthen UN military structures and capacities.

All current multidimensional missions are mandated to use force to protect civilians, but they are not designed or equipped to use force effectively.

Using force brings a whole new set of challenges. The biggest is the ability of peacekeeping operations to cope with the consequences of using it. Peacekeepers aren't equipped, prepared, or sufficiently supported politically to assume that responsibility.

In such conditions, all troop-contributing countries logically tend to prioritise the safety of their soldiers.

These contradictions have an impact on the daily lives of peacekeepers. They affect the level of fatalities, the number of personnel suffering from post-traumatic disorders, the management and coherence of a mission, the way the mandate is interpreted, and the morale of the personnel.

When personnel lack proper care, consideration and motivation, it affects the efficiency of their operations. These gaps also have an impact on the relationships between the various stakeholders of peace operations.

In future, the UN will have to enhance its partnerships with regional organisations, coalitions of the willing or bilateral actors if it wants to improve the effectiveness of peacekeeping. But the partners will need to let it be the main coordinator of such efforts, and give it the means to do so.

That will require giving away a bit of their own visibility, and being more willing to share information. Indeed, everybody calls for a coordinated approach to crisis or conflict management, but nobody wishes to be coordinated. This leaves the UN with little leverage in undertaking its task.

A vision of partnership in which each actor understands its role in a larger political project is more likely to share the burden of peacekeeping more equitably.

This article is a shortened version of the one published in December 2019 for the NYU Center on International Cooperation's Peace Operations Review 2019.

Alexandra Novosseloff is a non-resident senior fellow at the International Peace Institute and at the NYU Center for Cooperation. She is also an independent consultant on UN issues.