By Elisabeth Ilboudo-Nébié - The Conversation 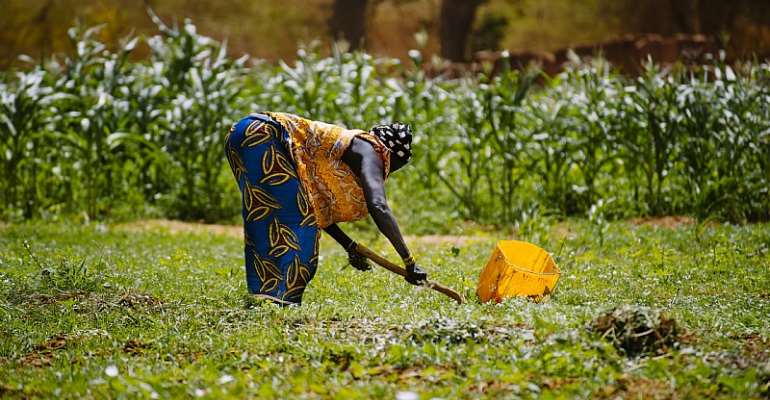 Bam, a province Burkina Faso, was once a migration source due to land degradation. This is changing thanks to soil and water conservation projects. - Source: flickr/ Ollivier Girard/ CIFOR

In the Sahel of West Africa – which covers Senegal, Mauritania, Mali, Burkina Faso, Niger and Chad – land degradation has led to migration towards less densely populated and more fertile areas. The land has been made less fertile by demographic pressure, fragmenting agricultural units and rainfall variability.

We did research in Burkina Faso to understand the link between land degradation and migration. The area has seen a high number of Mossi farmers living in the densely populated central plateau and northern regions migrate to the south of the country.

Poor resource management and reduced rainfall have exacerbated land degradation. A rapidly growing population, coupled with high rates of internal rural migration and thirty years of desiccation, have resulted in profound land use and land cover change throughout the country.

In the central plateau and northern regions of Burkina Faso, land degradation has historically stimulated large-scale migration toward more fertile areas in the south. While some northern provinces are being rehabilitated by soil and water conservation projects southern provinces, considered more “pristine”, were neglected.

Our research compared the dynamics between migration and environmental degradation trends in the country. We did this by examining migration trends over several decades as well as land use and land cover data in the Bam and Sissili provinces. Bam is in the centre-north of the country close to Mali while Sissili is in the south, bordering on Ghana.

The Bam province is located in the Sudano–Sahelian zone of West Africa which is an intermediary zone between the semi-arid Sahel to the north and the wetter Sudanian zone to the south. The province receives between 500 and 900mm of rainfall annually. It's covered with thorny scrub and savanna grassland on soils that are poor in organic matter and nutrients.

Bam is home to the Mossi, the country's major ethnic group. The Mossi are farmers who grow millet, sorghum, maize for their subsistence and cash crops such as cotton.

The Sissili province is located in the humid Sudanian climatic zone, one of the wettest zones in the country. The province receives between 800-1000mm of annual rainfall and is covered with shrubby and wooded savannas.

Sissili is home to Nuni autochtonous farmers, migrant Mossi farmers and Fulani agro-pastoralists. Some of the subsistence and cash crops grown in the area include yam, sweet potatoes, cowpea, groundnuts, maize, millet sorghum, black eyed peas and cotton. An illustration of the massive conversion of savanna into agricultural land in Sissili which corresponds to period of intensive migration inflows. Ilboudo Nébié and West 2019

We found a strong correlation between land degradation and migration trends. Degradation was greater in areas like Sissili which attracted migrants and much less severed in areas such as Bam which people migrated from.

Our hope is that by shedding light on the association between migration patterns, land rehabilitation and improved food security, our study will inform policy decisions. In particular, we hope it will encourage donors and government to invest in local initiatives that can courage positive trends. This could include soil and water conservation initiatives led by farmers.

In the Bam Province, in the north, this transformed the province's migration patterns to the point there were – marginally – more people moving in than leaving.

These migration trends confirm the success of long-term investments in soil and water conservation. They also reflect dwindling opportunities elsewhere.

Our fieldwork data suggests that Bam's population is increasing again. Although some households still remain vulnerable to food insecurity due to skyrocketing global market prices, farmers argue that famines are “a thing of the past”. They attribute this to their investment in improved agricultural techniques such as soil and water conservation initiatives.

This pattern can be seen elsewhere in the country. In the most degraded parts of Burkina Faso's central plateau, soil and water conservation initiatives have helped to rehabilitate more than 200,000 hectares of land and to produce an extra 80,000 tons of food per year.

In contrast, the picture in southern Burkina Faso is bleak. It used to be one of the preferred destinations for migrants in the 1970s and 1980s. But intensive in-migration has increased human and livestock population, agricultural land, deforestation, and reduced land availability and the development of commercial agriculture.

These changes have degraded the land cover and strained social relationships. The result has been that fewer people have migrated to the area since 1996.

Today, migration toward southern provinces such as Sissili has declined. There are brewing land tenure conflicts between migrants and communities made up of the province's original inhabitants.

Sissili needs to control land use and conservation programmes where the situation now resembles that of the Bam province back in the 1970s.

Migration is often perceived as a distinct problem that needs to be stopped even though it's a natural process that helps reorganise populations and regulate economic and health inequalities. While planned and voluntary migrations can help improve the well-being of individual migrants and their households, unplanned and involuntary movements often overwhelm local support systems in destination areas.

Thus, the drivers of migration must be anticipated and understood so that countries can manage better or direct them.

#FixTheCountry campaign goes international with over 500,000...
20 minutes ago