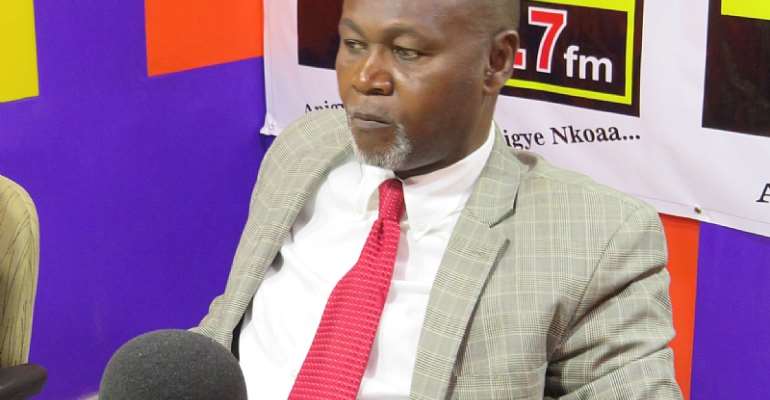 Former Legislator for La-Dade Kotopon Constituency, Nii Amasah Namoale, is accusing the Akufo-Addo led administration for failing to honor a promise to fix their roads when voted into office.

According to him, the roads have destroyed vehicles and left residents with respiratory infections.

However, he stressed that there is a huge outcry for better roads because the NPP had failed to maintain the roads constructed by the previous NDC government.

”Akufo-Addo has failed in fixing roads in the country, under President John Mahama we were constructing several roads but when Akufo-Addo came to power they halted all the contracts process which has resulted in this poor roads we are witnessing,” Nii Amasah Namoale told Kwame Tutu on Anopa Nkomo on Accra-based Kingdom FM 107.7.

He asked that the roads in the area be constructed. “Nana Addo, on behalf of the people of Atebubu, I beg you to come to our aid and help construct the roads in Bono East.”

He also dismissed the NPP's suggestion that the NDC had not embarked on major road projects while in power, saying “the Akufo-Addo government has forgotten that the beach road has been done.

According to him, the country cannot continue to witness infrastructural deficit whiles we spend a huge amount of money on roads that do not last.

Government extends electricity to seven communities in Savan...
29 minutes ago