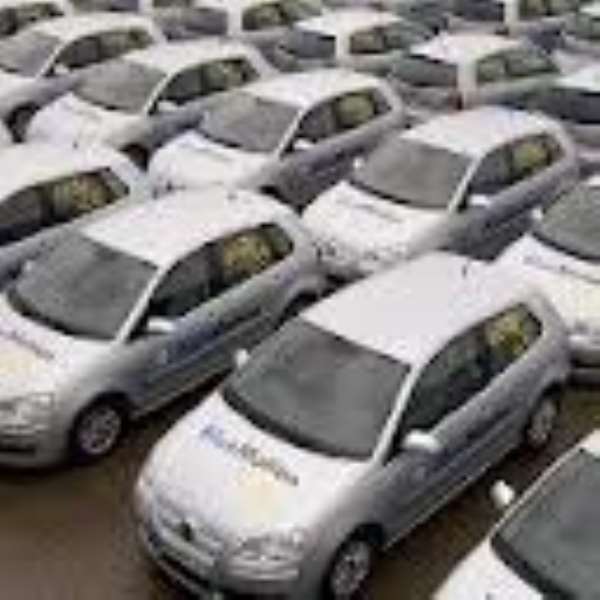 Mr. Frank Asiedu Bekoe, the Director of Political Affairs to the Chief of Staff at the Office of The President, is unhappy with the Multimedia Group following a documentary it recently aired on auction cars.

Mr. Bekoe’s is demanding immediate retraction and apology from the Multimedia Group.

In the letter, it was stated that the said documentary, which was pushed on “myjoyonline,” headlined “Joynews Uncovers Confiscated Cars Were Auctioned Cheaply to the Politically Connected,” was inaccurate.

“In the said documentary, you created the false impression that our client who was then Member of the Confiscated Assets Committee allocated and auctioned seized vehicles to politically connected cronies of the government without the beneficiaries paying the required assessed duties and further indicated in the said documentary that Mr. Bekoe declined to comment when contacted by the producer of the documentary, Kwettey Nettey,” the letter said.

It stated that the narratives in the documentary were inaccurate, adding that when Kwettey Nettey contacted Mr. Bekoe on the issues raised in the documentary, he requested the journalist to put his questions into writing for them to be addressed, but it was not done.

It is therefore false to state in the documentary that Mr. Bekoe declined to comment on the issue.

The letter further stated that on the pricing of vehicles, Mr. Bekoe, as then Member of the Confiscated Assets Committee, had no input in the determination of prices or assessable duties on the confiscated vehicles.

“The imposition of taxes on vehicles, charges, duties is the prerogative of the Customs Division of the Ghana Revenue Authority (GRA). Hence the suggestion that Mr. Bekoe had given cars away cheaply is untenable,” it said.

On recommendation of beneficiaries, the letter said that Mr. Bekoe only recommended people who applied to purchase confiscated vehicles to the Commissioner General of GRA for consideration, adding “It is instructive to note that the said letter was only a recommendation, the outcome of which was to be solely determined by the Customs Division of the GRA. Therefore the letter of recommendation endorsed by Mr. Bekoe cannot and should not be construed as a letter of allocation.”

The letter said that contrary to the impression created by the documentary, the persons recommended to the Customs Division of the GRA by Mr. Bekoe are not “political cronies,” as alleged; rather, they are citizens of Ghana.

Mr. Bekoe, through Safo & Marfo @ Law, is demanding immediate apology and retraction of the statements attributed to him within seven days upon receipt of the letter in the same prominence attached to the documentary.

“Failure by Multimedia to retract and apologize to Mr. Bekoe within seven days upon receipt of the letter, court action will be initiated to vindicate Mr. Bekoe’s right without any further recourse to Multimedia,” the letter warned.