At gates of Libya's war, a Tripoli hospital struggles to cope 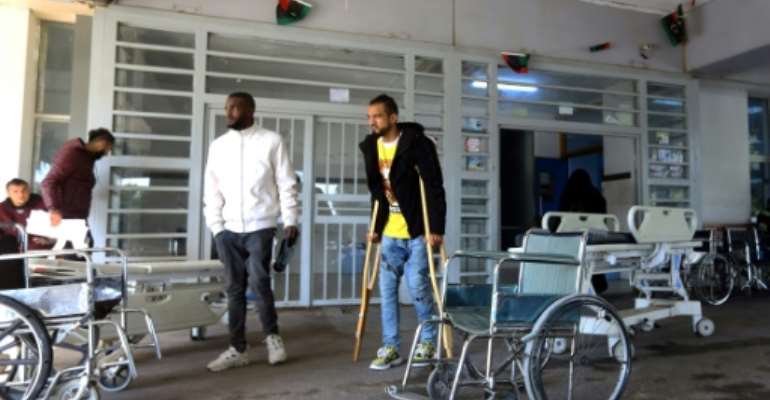 Al-Khadra, one of the biggest hospitals in Tripoli, is flooded daily by the sick and wounded. By Mahmud TURKIA (AFP)

"The pressure was unbearable," said doctor Mohamad al-Rajehi, recalling a night early this month when an air strike on a military school completely overwhelmed his public hospital in Libya's capital.

Al-Khadra, one of the biggest hospitals in Tripoli, treated 33 wounded in one night after the attack on January 4, while 30 dead bodies also arrived at the facility.

"The hospital doesn't have the means to treat such a large number" of people, said Rajehi, the hospital's emergencies manager.

After more than nine months of deadly fighting on the city's southern outskirts, all of Tripoli's public hospitals now find themselves unable to cope with the two million or more residents' needs.

Eastern strongman Khalifa Haftar launched an offensive against the capital, seat of a UN-recognised Government of National Accord (GNA), in April last year. 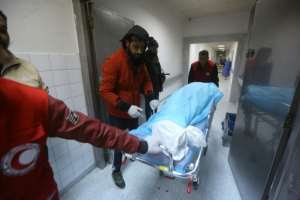 The air strike on a military school in Libya's capital this month left dozens dead or wounded. By Mahmud TURKIA (AFP/File)

The UN says the fighting has killed more than 280 civilians and some 2,000 combatants, while thousands have been wounded.

More than 170,000 Tripoli residents have been displaced.

A precarious ceasefire took effect on January 12, but heavy weapons fire continues to echo sporadically in the south of the capital.

Mohamad Ehwas, a doctor who heads medical services at Al-Khadra, said the night of the military school attack was far from an exception.

Instead, it is the norm, for a facility flooded daily by the sick and wounded. 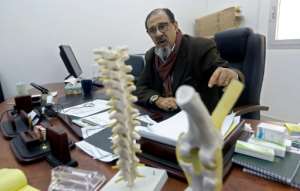 Doctor Mohamad Ehwas says the hospital is operating at twice its capacity. By Mahmud TURKIA (AFP)

"The hospital is operating at twice its capacity," he said.

Coming back "every two or three days" to Al-Khadra to lobby for an operation for his father, who needs a coronary angioplasty, Khaled el-Messellati is increasingly disillusioned.

"It is nearly impossible to get a quick appointment with a doctor, or even a nurse," he lamented.

And there is no question of him turning to the private sector, despite his father being in desperate need of surgery.

The public hospital is aware of the problem, but is overwhelmed, emergencies boss Rajehi explained.

A specialist can "receive 400 cases per day".

"That doesn't happen elsewhere," he said.

"We have had a serious lack of care staff for years. We are currently operating with a third of what we need after foreign teams left due to the insecurity".

Mired in chaos since the fall of dictator Moamer Kadhafi in 2011, Libya has some 100 public hospitals spread across its major cities.

Since April, hospital staff have "rarely been able to catch their breath, as the fighting hasn't stopped," Rajehi said. 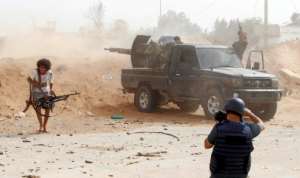 Strongman Khalifa Haftar's forces are fighting troops loyal to Libya's UN-recognised Government of National Accord for control of Tripoli. By Mahmud TURKIA (AFP/File)

At the end of a summit in Berlin on Sunday, external powers with stakes in Libya's conflict promised to no longer interfere and to respect a long-flouted arms embargo.

But the two main Libyan protagonists -- Haftar and his rival Fayez al-Sarraj, head of the Tripoli-based GNA -- refused to meet in Berlin, raising questions over how long the truce will hold.

Doctor Ehwas said he simply wants to "care for as many sick and wounded" as he can, despite the strains generated by war.

The GNA's health ministry "responds to all needs", he said, but equipment is often obsolete.

Meanwhile, the lack of qualified medical and paramedical personnel fans fears that the sector could collapse.

"The war has provoked a crisis for the health system," Ehwas said.

But it is not the only sector to be hit.

The conflict "has affected the functioning of the whole country," he lamented.