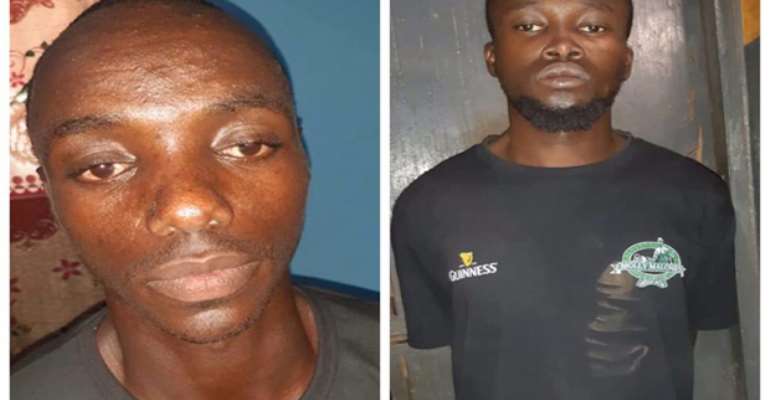 The Techiman Circuit court presided over by Alexander Graham, has sentenced two persons to 10 years imprisonment with hard labor for kidnapping a 10-year old boy.

They are to spend the years behind bars at the Sunyani Prisons.

It will be recalled that the Yendi Divisional Police Command arrested and handed over the suspects to the Kintampo police in the Bono East region where the crime was committed.

The Yendi Divisional Police Commnder, ACP Peter Ayirezang who confirmed the arrest of the suspects told DGN Online that one of the suspects, Mohamadu was arrested for kidnapping a 10 year old boy from Kintampo.

During police interrogation, the suspect confessed he had an accomplice named Tahidu Latif 25 , a Burkinabe resident at Sabari who was subsequently arrested.

The police in Kintampo in the Bono East region is on a manhunt for the victim's uncle who is currently on the run.

Information gathered indicated that one of the suspects who is a herdsman for the victim's father went out with the victim and the cattle to graze in the bush.

The suspect, however, later called the victim father to inform him that his son had been kidnapped by him and demanded a GHC 20,000 ransom before the victim will be released.

He then fled the area with the victim to Yendi in the Northern region.

Upon a tipoff, police in Yendi arrested the suspect who went to withdraw an amount of GHC 10,000 which was sent to him via Mobile Money as the ransom.