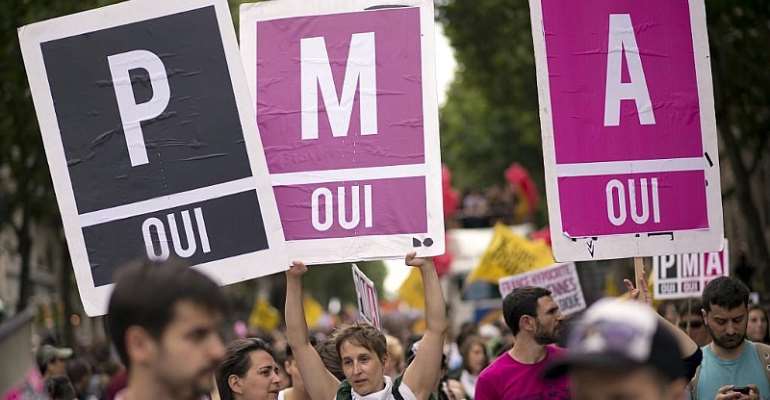 Opponents from the right failed to have the bill's flagship Article 1 extending MAP ("PMA" in French) rights to all women – regardless of their marital status or sexual orientation – from being withdrawn.

However it appears that MAP may no longer be systematically covered by social security.

Under existing laws, MAP in France is restricted to couples who are married or have lived together for at least two years.

As the debate was taking place late Tuesday, some 200 opponents of “MAP for all” protested outside the Senate, waving red and green flags with the words “liberty, equality, paternity”.

On Sunday, thousands of opponents – including families – took to the streets of Paris, arguing the reform is akin to “commodifying” the human body.

“Many of us have come from all over France to raise the alarm: the child, the father and the mother are in danger,” said Ludovine de la Rochère, president of Manif pour tous, the main organisation behind anti-gay marriage protests in 2013.

France's bioethics bill will be voted on Wednesday – three months after lower-house lawmakers passed the legislation, which has since undergone considerable changes in the Senate.