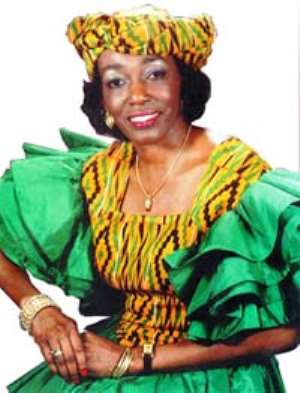 The former first lady Nana Konadu Agyeman Rawlings together with a former minister of finance in the government of the erstwhile National Democratic Congress (NDC), Kwame Preprah will appear before an Accra Fast Track High Court on Wednesday to answer charges with regards to the divestiture of the Nsawam Cannery.

The Former Chief Executive of the Divestiture Implementation Commission (DIC), Emmanuel Agbodo and Ms Sherry Ayittey, a director of Caridem company and other directors of Caridem which now runs the cannery are also to appear in court on Wednesday.

They are to face not less than 30 counts of different offences including causing financial loss to the state, for the various roles they played in the divestiture of the cannery.

Some of the accused have already been served with criminal summons to appear in court.

Caridem is owned by the 31st December Women's Movement (DWM) whose president is the former First Lady.

The Attorney General and Minister of Justice, Ayikoi Otoo confirmed the beginning of the trial to the Daily Graphic.

Mr Preprah and Mr Totobi- Quakyi are expected to face trial this week for their roles in the divestiture of the Ghana Film Industry Corporation (GFIC) to TV3 Malaysia.