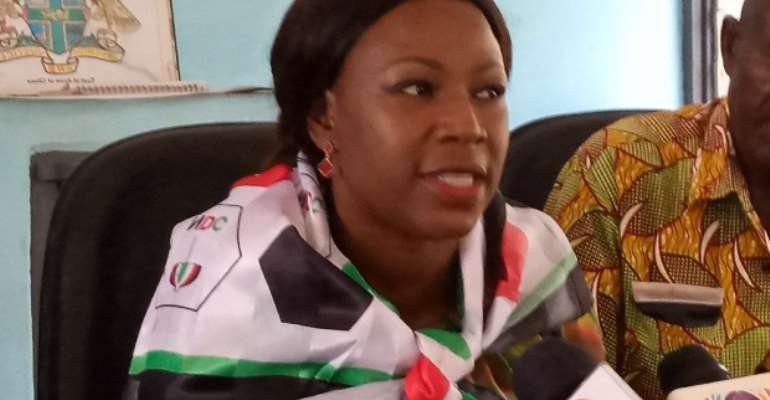 The 2020 parliamentary candidate for the National Democratic Congress (NDC) in the Essikado-Ketan Constituency of the Western Region, Grace Ayensu Danquah, has promised to wrest the seat from the New Patriotic Party (NPP) incumbent Member of Parliament (MP), Joe Ghartey.

Addressing journalists on Sunday, the American-trained medical doctor and philanthropist claimed that the incumbent MP had done virtually nothing to improve the lots of the constituents in the past 16 years of being the people's representative.

She said when elected she would lobby for the improvement of education, health, infrastructure and job creation for the people in the constituency.

She described herself as a dedicated grass-root person, hence the suitable candidate to represent the people of Essikado-Ketan in the next parliamentary elections come December 7, 2020.

The former board member of Ghana Broadcasting Corporation (GBC) gave an assurance that a vote for the NDC on December 7, 2020 would help liberate Ghanaians from what she called “the underperforming NPP.”