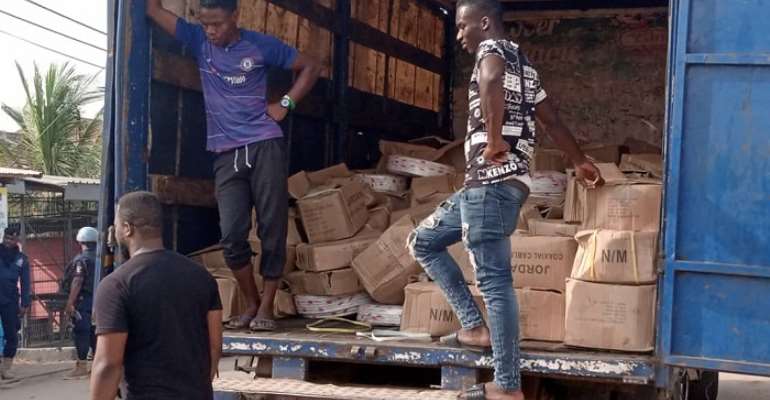 The Tema Regional Police Command has launched investigations to unravel the circumstances under which substandard electrical goods loaded in three impounded containers found their way into the Ghanaian market.

The probe follows an allegation made against the Ghana Standards Authority (GSA) by one James Emeka, owner of T-Digital. In 2017, T-Digital & Jordan Company Limited imported the goods but the company was denied the opportunity to clear them from the Tema Port due to the fact that they were declared substandard by the authority.

The goods, which were confiscated and were in the possession of the Customs Division of the Ghana Revenue Authority (GRA) awaiting destruction, found their way into a shop at Tema Community 9 three years on.

Police detectives last Saturday went to the said shop, which was earlier locked up by the owner (who is currently at large), to discover 286 boxes of cables and 11 coils of cables at Community 9.

Information gathered by DAILY GUIDE indicates that sometime in 2017, T-Digital & Jordan Company LTD based in Kumasi in the Ashanti Region imported three 20-footer containers of electrical cables from China at a cost of $325,000 to the Tema Port. 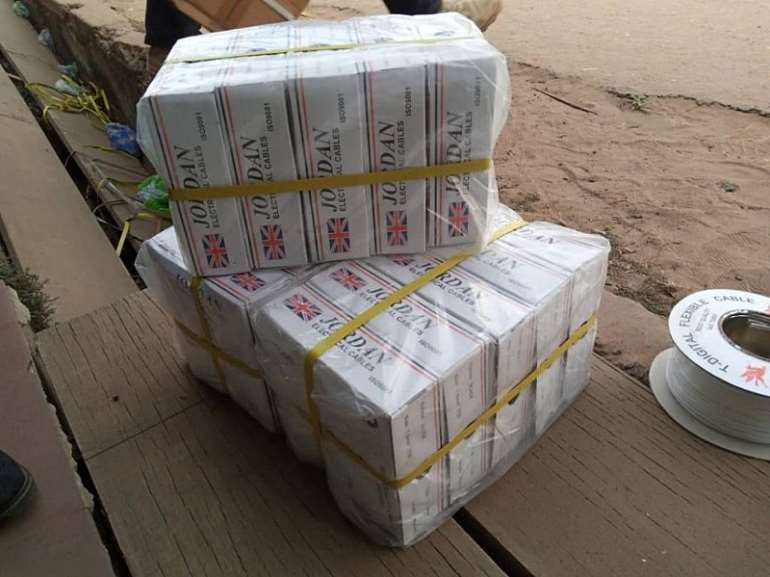 The items were first screened by the GSA and certified that they could clear them and the owners went ahead to pay GH¢132,000 as duty to customs. When they were ready to leave the port, the same GSA officials came back to say the goods were substandard and were confiscated.

According to John Bosco, a brother of the importer, the company asked the officials to allow it to send the goods back to China but they refused.

He also claimed they never received a refund of the duty paid from customs and as a result they started monitoring the system to check whether the goods would land on the market.

He said last week, they had information that a cable dealer at Community 9 received a container-load of electrical cables but their private investigations showed that it was the same consignment they brought in 2017, and the cables were being sold at a very cheap price.

He said their company's name is embossed on the cables and they alerted the police for action.