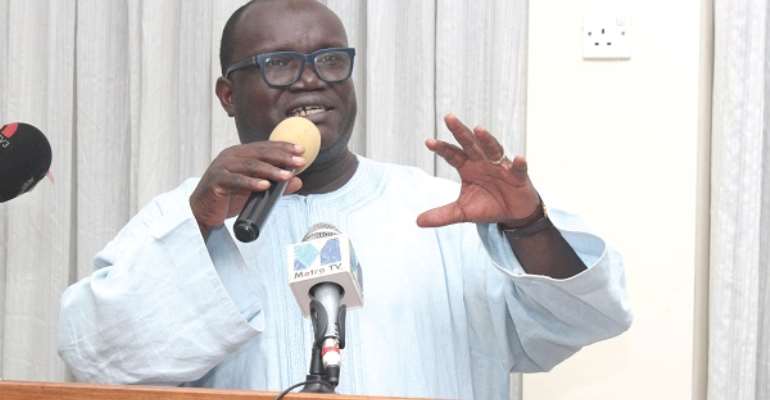 This, the association says should be part of measures to deal with the upsurge of illegal mining in the country.

Recently, over seven hectares of forest land, an equivalent of seven football pitches were destroyed by illegal miners in the Oda Forest Reserve in the Amansie Central District of the Ashanti Region.

Commenting on the development, the Convener of the Media Coalition against Galamsey, Ken Ashigbey, said beyond empowering state institutions, officials who are at the helm of affairs at the various districts must be held responsible.

“In as much as it is multi-sectoral, we also need to use the mandated constitutional bodies. We should be expecting the technocrats to be working…District Chief Executives who still have galamsey happening in their area…should pay the ultimate price of being kicked out [of office] so that we can get more competent people there. We need to hold people accountable for the duties that they are supposed to be performing so that we can deal with this canker.”

The Coalition has in the past called for strict enforcement of the amended Minerals Commission Act.

The coalition had also called for stringent sanctions against perpetrators of illegal mining following the resurgence of the menace in the Eastern Region.

Illegal small scale mining, popularly known as 'galamsey' is one of the major problems Ghana has faced for many years now, with the government trying its best to fight the never-ending menace.

Many lands have been destroyed and water bodies polluted due to galamsey activities.

It is for this reason that President Akufo-Addo assented to an amendment to the country's mining laws that will see convicted illegal miners facing at least 15 years in prison.