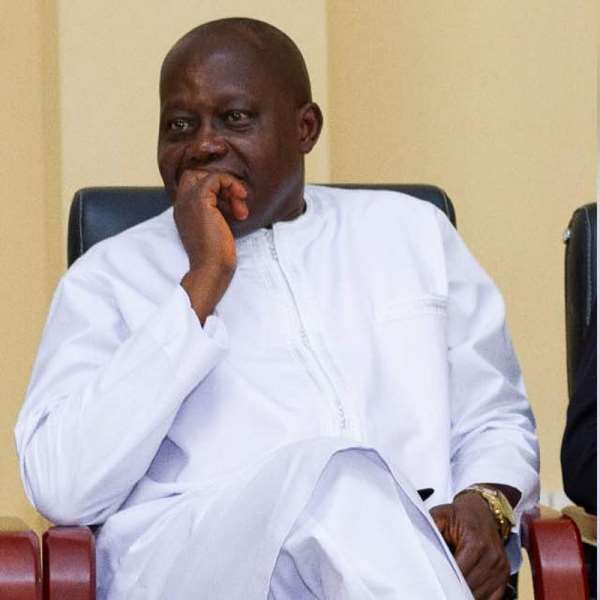 The Vice Chancellor of the University of Education, Winneba, Rev. Professor Anthony Afful-Broni says he is too focused to be distracted by opponents whose interest is to tarnish his name and the enviable transformation agenda aimed at putting the University back on the right track.

His comment follows the persistent calls from ex-President Jerry John Rawlings asking Afful-Broni to step aside over an EOCO report which he (Rawlings) claims exonerates the former Vice Chancellor Professor Mawutor Avoke of any wrongdoing.

But the University in their earlier press statement insisted that the dismissal of Prof. Avoke and others was not as a result of the EOCO report or any other report but, on grounds of wrongful conduct established by the University governing council. This, the University said the former President's call during his speech at the 38th anniversary of the 31st December revolution in Winneba is misplaced.

Rawlings in a recent kneejerk response said "it is absolutely not true that the Supreme Court, in a purported ruling, affirmed the overriding powers of the Governing Council to make decisions under their enabling Act. No such ruling exists, and we challenge the University to publish the said ruling in its entirety for the public to read for itself. The Supreme Court ruling rather quashed an earlier decision by the High Court in favour of the dismissed staff and against the University. If the University had the good intention of educating the public and the former President as alluded to in their statement, why the pseudo style of covering up the earlier rulings of both the Appeals and Supreme Courts which sided with the dismissed staff?"

Breaking his stoning silence, Rev. Professor Anthony Afful-Broni on the sidelines of the signing of an MoU between the millennium challenge alliance and the UEW, the VC said: “I don’t pay attention to unnecessary distractions. I’m very very positioned, I’m very poised. These are, some people will call it, an occupational hazard but I don’t think that these things bother me at all.”

“If you don know where you are going then any little thing confuses you. And I know where exactly I.m going and I know what exactly I’m doing,” he added.

Professor Mawutor Avoke and some staff who were dismissed on Tuesday afternoon 23rd July, 2019 over acts of misconduct.

According to Prof Avoke, his decision followed his clearance by the Economic and Organised Crime Office (EOCO) after he was indicted for abusing his office.