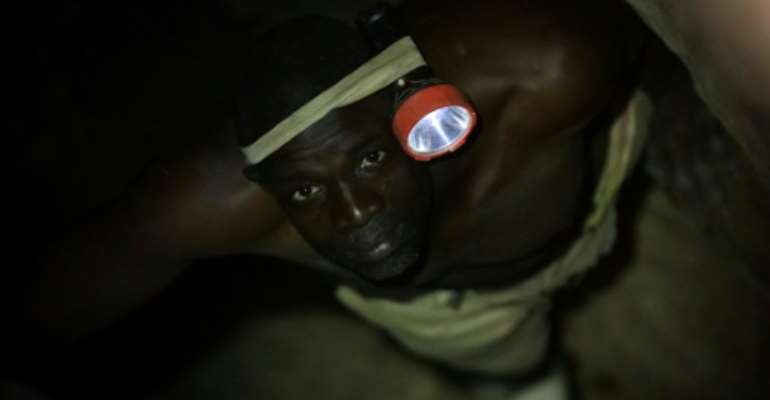 Artisanal gold miners have worked the soil in northwest Nigeria for generations, but armed groups have made their work more risky. By Kola Sulaimon (AFP)

From dawn, before the sun starts to sear the earth, Biltamnu Sani is already hard at work, pounding away at the dusty soil in his perilous quest for gold.

The mineral-rich earth of Zamfara State, northwest Nigeria, has provided generations of families with the means to make ends meet.

Never easy, it is a work that today is fraught with danger, from the armed groups that rove the region and from the toxic lead that lurks in its soil.

"It's very challenging work, but this is our livelihood."

The mines lie within the reach of heavily-armed groups -- "bandits" in the lexicon of the local authorities -- that have been terrorising this remote region.

Lately, they have exploited a security vacuum to become essentially an insurgent army of thousands. 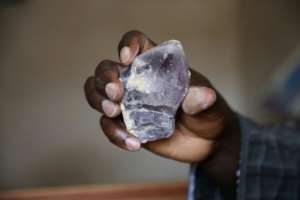 Miners have been forced to share profits and carry out the bidding of the armed groups in order to continue their trade. By Kola Sulaimon (AFP)

As the struggle with farmers over land expanded, other communities took up arms in a spiral of bloodshed that has seen an alarming proliferation of weapons.

The violence claimed more than a thousand lives in 2019, the regional government estimates.

In the scramble for resources, the fighters have increasingly exerted control over artisanal mining -- one of the few reliable sources of income in this impoverished region.

Miners have been forced to share profits and carry out the bidding of the armed groups in order to continue their trade.

Many locals suspect the gunmen are paid by outside interests to secure mineral-rich areas for private gain.

"The challenges in past years have been tough," Sani says.

Nigeria's central government in April announced a ban on mining in the region in a bid to curb the armed groups.

But while some companies closed down operations, local miners have carried on working by themselves.

The local authorities brokered a controversial peace deal around five months back between bandits and vigilantes that has seen some of the gangs disarm.

But the situation at the mines remains perilous. 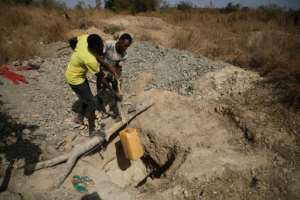 While some companies closed down operations, local miners have carried on working by themselves. By Kola Sulaimon (AFP)

"You enter some places and people will just shoot you," Ayuba Muhammed, the secretary of a large mining union in the state, told AFP.

The remoteness of the mines and the absence of police outside of Zamfara's capital Gusau have left all trade here brutally exposed to insecurity.

"Some of the mines you see, they have an arrangement with the bandits so that they can stay. In some other areas they cannot even try to go there," Muhammed said.

As he spoke an elderly man in his office poured out small sacks of lilac stones onto a weighing scale.

Extracting minerals from tons of solid rock typically yields only small amounts of cash, but it is still vital income for people in a part of Nigeria where 70 percent of the population are estimated to live in extreme poverty.

The mining industry in the country remains largely artisanal, beset by corruption and poorly regulated.

Successive governments have pledged -- and failed -- to bolster this lucrative sector as an alternative to the oil resources that account for the biggest chunk of Nigeria's income.

Compounding the insecurity are serious health risks from lead.

The highly poisonous element occurs naturally and in high abundance in Zamfara's gold-rich areas, escaping into the air when the dusty rock is pounded to extract the precious specks.

"People are doing these processes in their homes. Then their children play around in the same areas -- it is extremely dangerous," Simba Tirima, a doctor working at a clinic run by aid group Doctors Without Borders (MSF) in the town of Anka, told AFP. 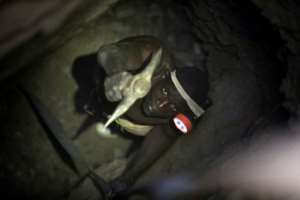 In the past decade more than 500 children have died from lead poisoning, and many others have suffered long-term ill-health. By Kola Sulaimon (AFP)

In the past decade more than 500 children have died from lead poisoning, and many others have suffered long-term ill-health.

Aliyu Usman, four, began to have violent seizures two years ago as his parents often refined gold in their compound.

"He's deaf, you can see he can look around but his gaze is blank," Tirima said, examining the boy at his rudimentary clinic.

"His mother brought him in two years ago and said 'he's not the same anymore, it's like he's not there'."

In 2010, an outbreak of lead poisoning in Zamfara prompted scientists from the US Centers for Disease Control and Prevention (CDC) to survey 122 villages.

They looked in detail at 56 of these villages, three-quarters of whom were involved in the gold trade.

The surge of deaths in 2010 led to increased awareness and improvements in the way miners worked.

But cases keep coming despite a reduction in the overall numbers.

"There are still pockets of lead exposure," Tirima said. "More needs to be done to bring mining practices into better organised and regulated spaces."