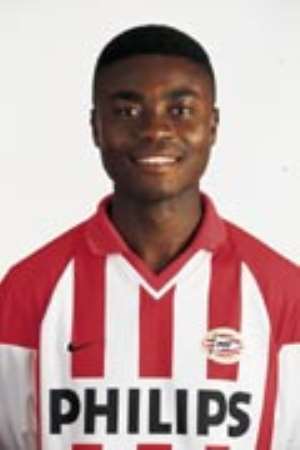 Ghana defender Eric Addo won the Dutch title with PSV Eindhoven on Sunday. PSV's 1-1 draw with FC Groningen was enough for them after second-placed AZ Alkmaar lost 1-0 at Ajax.

The Eindhoven side moved 10 points clear at the top of the table, with two games left, to seal their 19th Eredivisie success.

The title win comes few days after Addo was given a one-year contract extension.

Addo, who joined PSV in 1999, has scored one goal in 17 appearances this season.

He lost his place to Andre Ooijer but recently regained it when Ooijer got injured.