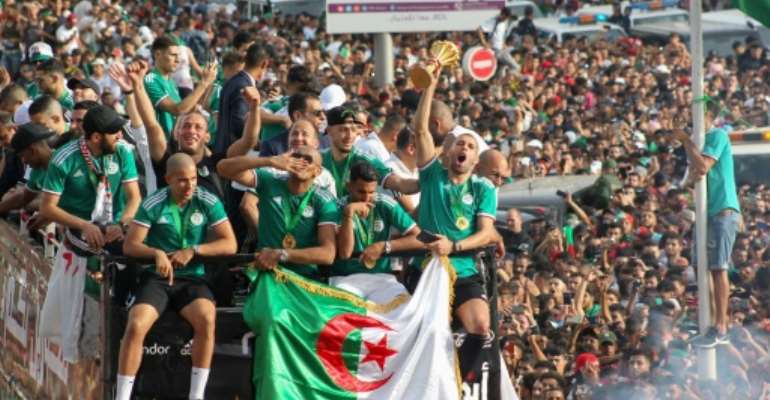 African football champions Algeria, led by Riyad Mahrez, will take on Burkina Faso, Djibouti and Niger in the second round of qualifying for the 2022 World Cup after Tuesday's draw.

Other heavyweights such as Senegal, relying on 2020 African Footballer of the Year Sadio Mane, and Mohamed Salah's Egypt will take on less-fancied nations.

All five African teams failed to reach the knockout stage of the 2018 World Cup, the first time that had happened since 1982.

Forty teams will compete in 10 groups after the draw in Cairo.

Winners from the first round join 26 top-seeded sides based on FIFA's world rankings.

Group winners will advance to the third round which will be played in November 2021. The five winners of the final round will secure berths in the 2022 World Cup.