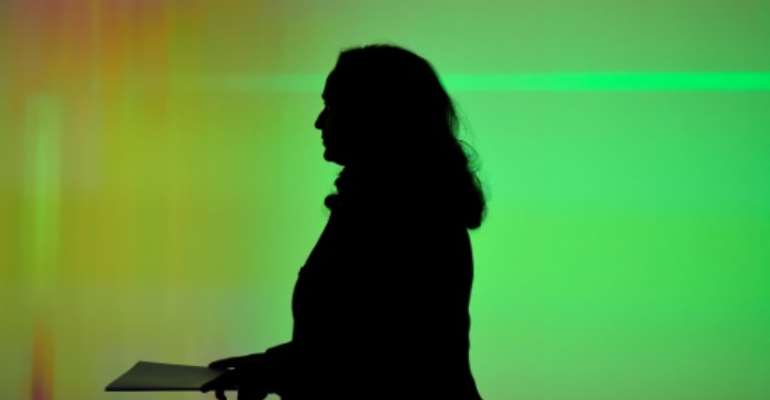 Revelations about Angola's Isabel dos Santos have again turned the spotlight on multinational companies and "Big Four" accounting firms and their clients with dubious fortunes.

The International Consortium of Investigative Journalists obtained a trove of more than 715,000 documents about the former president's billionaire daughter, stoking fresh claims she syphoned off hundreds of millions in public money.

Anti-corruption campaign group Global Witness alleged hundreds of companies, many based in tax havens such as the British Virgin Islands, helped Dos Santos "to become Africa's richest woman while millions of Angolans live in extreme poverty".

Her bank accounts and assets in her home country have been frozen. She has denied wrongdoing and said the allegations were politically motivated.

The so-called "Luanda Leaks" highlight the role played by PricewaterHouseCoopers (PwC) -- one of the "Big Four" accounting firms -- and companies such as the Boston Consulting Group in managing Dos Santos' assets.

Mark Hays, campaign leader at Global Witness said her fortune had long been suspected of being gained through questionable means.

But the "help and support of professional bankers, lawyers, accountants and estate agents in the West" now needs to be examined, he said..

Jose Eduardo Dos Santos o served as President of Angola from 1979 to 2017. By Adalberto ROQUE (AFP/File)

Campaigners point to European legislation that obliges firms working with a "politically exposed person" to carry out risk assessment to flag up possible evidence of corruption.

But clamping down on the investment of questionable assets is a huge task, given the complex nature of global finance, which cuts across multiple jurisdictions.

"This is the real challenge for the anti-corruption world," said Daniel Bruce, chief executive of Transparency International's UK branch.

"A lot of the time it's just a benevolent facilitation that's involved," by western companies.

"That's why we really need to tighten up British defences against dirty money and illicit finance," he added.

PwC said it had launched an immediate investigation into the claims, which it called "very serious and concerning".

"We have also taken action to terminate any ongoing work for entities controlled by members of the dos Santos family," it added in a statement on Monday.

Of the other "Big Four" members, KPMG did not respond to an AFP request to comment. Deloitte said it had "rigorous acceptance processes" for clients and reconsidered its engagements annually.

Ernst & Young, said it had "clear and consistent acceptance procedures" and worked strictly within the law but did not comment on clients for confidentiality reasons.

The Boston Consulting Group did not respond.

UK regulators may be powerless to prevent money being funnelled through foreign jurisdictions, but the country has introduced legislation enabling it to act once the money reaches its shores.

"Unexplained wealth orders" (UWOs) require individuals to explain the source of wealth used to acquire property, potentially leading to the seizure of the assets.

With the burden of proof high to secure a criminal conviction, authorities hope the lower bar required by UWOs will deter the investment of suspicious money.

Dos Santos, who has an estimated fortune of $2.1 billion including a reported three London homes, has been on the radar of anti-corruption campaigners for "several years", said TI's Bruce.

"The red flags really went up when she was appointed head of the state oil company Sonangol," he added.

"You could see there were major conflicts of interest starting to emerge several years ago."

Santos took over Sonangol in June 2016, and she also accrued shares in other Angolan companies including banks and a telephone company while her father was president.

While the opaque activities of the "Big Four" in dealing with foreign cash has been under the spotlight for years, they have also faced criticism for activities closer to home.

In the 2000s, the sector was rattled by Enron's bankruptcy and the role played by Arthur Andersen in validating false accounts of the energy broker, sounding the death knell for the "Big Five".

The debate focused particularly on possible conflicts of interest within the firms, which may act as auditors while at the same time billing them for consulting services.

The competition authority has proposed reforms aimed at separating auditing and consulting activities, and the government has promised to reform the supervisory authority.

But these promises have yet to be enshrined in law.

Strengthening legislation is not the top priority for Prime Minister Boris Johnson, who during the election campaign called instead for partial deregulation of the powerful "City".