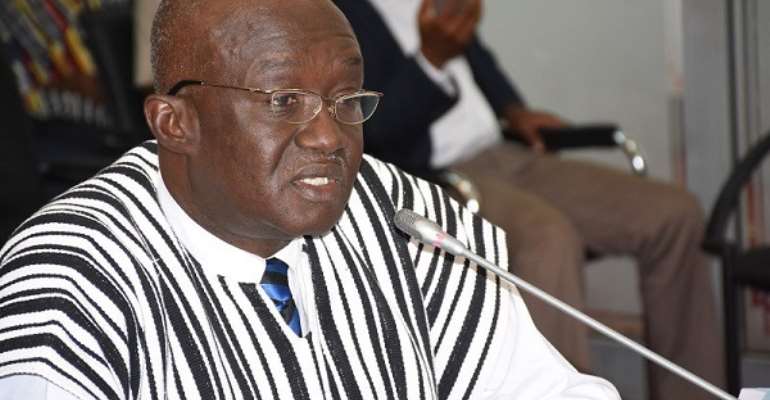 Aviation Minister and Member of Parliament for the Navrongo Central Constituency in the Upper East Region, Joseph Kofi Adda, has revived an argument that almost died off.

The Aviation Minister in a recent interview on Bolgatanga based A1 Radio, said moving the Upper East airport back to its original place in Navrongo will be less expensive and sees the movement from that place to the current proposed site at Sumbrungu as expensive.

The minister’s comment has caused serious anger among some residents especially those from the Sumbrungu community.

Some Civil Society groups in the Upper East Region are likely to start demonstrations and media interviews against the minister.

It is very likely that the Aviation Minister’s comments and views in that radio interview will be mistaken for government’s intention.

Even before the Minister’s interview, there were rumours that the proposed airport at Sumbrungu in the Bolgatanga Municipality will be moved to Navrongo in the Kassena-Nankana Municipality, because he (the Aviation minister) is from Navrongo.

The trap was set and all the plotters needed to do, was to pray that the interviewer asks the Aviation Minister questions about the airport in the Upper East; unfortunately for the Aviation Minister, his answer landed him into the trap, thereby reviving an issue that generates a lot of heat, anytime it comes up.

Now, Mr. Adda has provoked many people and groups, who will not allow him to have his way. Already some persons were angry over suspicions that the then Aviation Minister, Cecelia Dapaah was trying to take the airport from Sumbrungu to Sirigu also in the Bolgatanga Municipality.

Now, Mr. Adda bringing in the Navrongo area into the dispute triangle over the location of the airport could create the impression that, there is a deliberate plan to take the airport from Sumbrungu.

According to the Aviation Minister, the dilapidating Navrongo airstrip has been in existence since 1942 and has welcomed bigger aircrafts in the past and believes that investing to expand and improve on its status will be prudent.

Mr. Kofi Adda described as false the reasons former President Rawlings and other gave for moving the location of the Upper East Regional airport from Navrongo to Sumbrugu.

Meanwhile, the Paramount Chief of the Talensi Traditional Area and member of the Council of State, Tong-Raan Nalebegtang Kulgbilsong has called for cool heads to prevail, stressing that, it is in the interest of the Upper East Region to have an airport.

Though the Paramount Chief did not mention where the airport should be located, he believes that the experts should be allowed to do what is right for the region, so that the people of the Upper East Region can fly and land within the region.

Meanwhile, on another radio station, callers and panelists of the evening show, feared that the Aviation Minister’s comments could lead for a tribal misunderstanding.