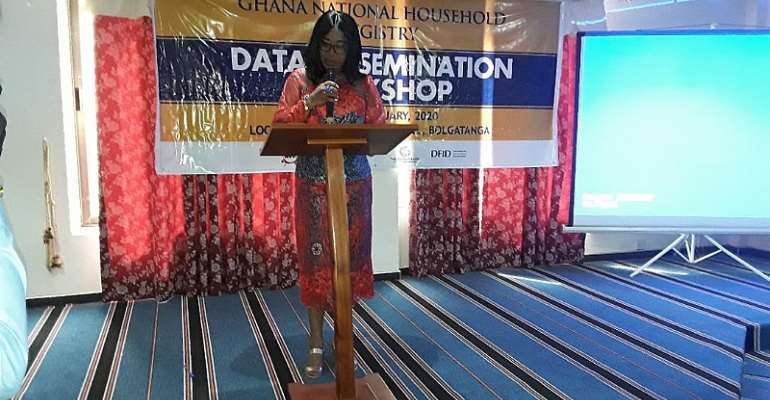 The Minister of Gender , Children and Social Protection (MoGCSP), Madam Cynthia Namle Morrison delivering her speech during Dissemination Workshop of GNHR in Bolgatanga

Data from the Ghana National Household Registry (GNHR) has revealed that whilst 28 percent of households in the Upper East Region are extremely poor, 37 percent were poor with 35 percent being non-poor households.

The GNHR undertook the Household Registration exercise in the Upper West and Upper East Region in 2017 and 2018 respectively.

Garu-Temapane District tops which had now been divided into two Districts, Garu and Tempani topped the chart as the most extreme poor District with the Bolgatanga Municipal being the least extreme poor in the region.

The Minister of Gender , Children and Social Protection (MoGCSP), Madam Cynthia Namle Morrison who disclosed this at a Data Dissemination Workshop held in Bolgatanga on Monday , also revealed that only 16 percent of households in the region had since benefited from Protection Programmes such as Livelihood Empowerment Programme(LEAP), School Feeding Programme among others.

The Sector Minister who is also the Member of Parliamentary (MP) for Agona West Constituency stated that GNHR which is under the MoGCSP was mandated to create a Single National Household Register from which all Social Protection Programmes in Ghana would select their beneficiaries.

She explained further that the mandate of the GNHR was inline of President Nana Akuffo-Addo vision to create equal society where the poor and the vulnerable are also given equal opportunity to live a descent life.

She announced that plans were far advanced to extend the Household Registration Data Collection exercise to Northern , Savannah and North East, Volta Regions in this year 2010 and to complete it these regions in same year.

On his presentation on the “Analysis of UE Data –Wayward of GNHR”, the National Coordinator of the GNHR, Dr Prosper Larri , observed that the data when completed nationally would serve as a centre for targeting and a vital utility resources in fighting poverty in the country.

“It is worthy to note that the GNHR data will not only help provide information on social protection issues ,but it will also help local government authorities to have a baseline information for their developmental agenda”, Dr Larri stressed.

He added that the data from the GNHR would further provide support to the academia, research institutions, Civil Society groups and the general public to be able to use the data in a more meaningful ways to accelerate development.

Dr Charles Kesse , a representative from the Office of the Local Government Service entreated the Municipal and District Chief Executives who were at the programme with their planners to make good use of the data to help fast-track development in their respective areas.

The Upper East Regional Minister , Madam Tangoba Abayage applauded the staff of the GNHR for carrying out the exercise and the World Bank and the other development partners for proving funding support for the exercise.

She expressed the optimism that the data would serve us a weapon for the region to fight poverty which was so endemic in the area and also thanked the traditional rulers and other opinion leaders in the region for cooperating with the GNHR to conduct the exercise. 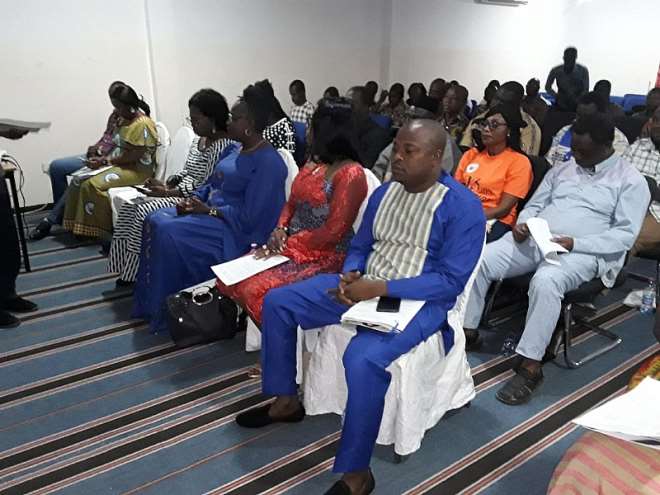 Raymond Archer Smells NPP Hands In Demolishing Of His $10m F...
52 minutes ago