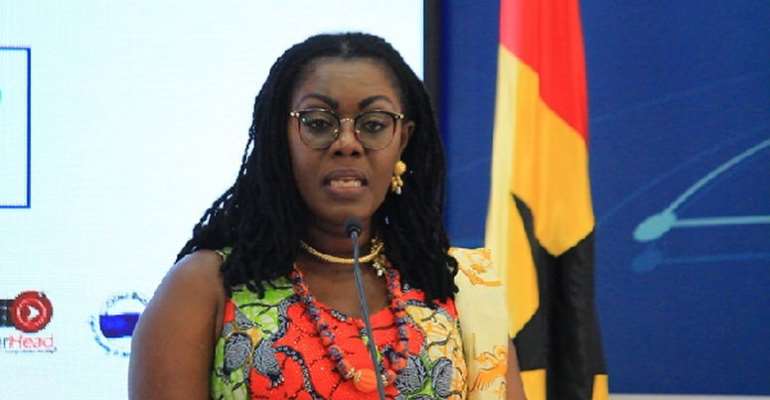 Minister for Communications, Ursula Owusu-Ekuful says the process to switch from analogue to digital terrestrial television (DTT) system is nearing completion and the switch over is set to begin from the middle of this year.

She was speaking at a meeting stakeholders on Government’s plans regarding the DTT migration project.

The purpose of the meeting, the Minister said, was to update stakeholders on the current status of the project and solicit their inputs, stressing that Government would ensure the active participation of all stakeholders in the digital migration process as their input was necessary for its success.

“No group of stakeholders is more important than others and the input provided by the majority would be considered,” she said.

Participants were also informed that a coverage measurement on signal quality of the DTT network infrastructure showed a current population coverage of almost 90%, with broadcasting signals.

“The Headend at Kanda and the 42 transmission sites nationwide have been completed and all connected to the National Electricity Grid”, the Minister noted.

She noted that the Central Digital Transmission Company (CDTC) would facilitate the smooth interaction between broadcasters and the platform operator, stressing that the mandate of CDTC would be to manage and operate the infrastructure, which would offer transmission services to broadcasters and not to control the content provided by broadcasters (i.e. Channels) to be transmitted.

Stakeholders were also informed that the DTT policy provides for an effective and efficient collection of TV license through the use of technology. This would ensure revenue generated is used to sustain the public broadcaster, the DTT infrastructure and facilitate local content development.

The introduction of DAF, however, will require all citizens to acquire new digital Set Top Boxes (STBs), which are compatible with the NCA’s recently published standards.

The Minister debunked assertions that it was illegal for the NCA to publish the standards for the National DTT network or that the Ministry of Communications (MoC) had doctored standards published by the Ghana Standards Authority.

She explained that while the Standards Authority had published MINIMUM standards applicable in the country, that did not preclude any entity, including the NCA from utilising enhanced standards on their network.

The standard for the National DTT platform was based on the minimum specifications from the Ghana Standards Authority Technical Committee on Telecommunications and ICT Equipment Standards (TC-24) which was duly published in the Public Review for Draft Ghana Standards –DGS 1099 dated September 24, 2019.

Ursula Owusu-Ekuful therefore, called on the general public to disregard the misinformation that suggests that the MoC through the NCA acted contrary to the laws of country.

She said the MoC, working with all stakeholders, will utilise the best technology available to facilitate the full implementation of the law in as painless a manner as possible. That includes creating public awareness of existing legislation on TV licence fees, periodic digital reminders to all stakeholders and utilising electronic payments mechanisms to facilitate compliance with the law.

The Minister called on all industry players to desist from deliberately misinforming the general public and inflaming passions as the national DTT project has enormous benefits for the country.

She said the economy is likely to benefit from the creation of at least 10, 000 new jobs, including employment from the production, installation and maintenance of new digital Set Top Boxes, development of a vibrant local media content ecosystem, enhanced opportunities for electronic advertising, information dissemination and better picture quality in addition to revenue from the digital dividend from freed up spectrum.

Stakeholders were further informed that the Ministry of Communications and the Ministry of Information will soon embark on an intensive publicity campaign on all media platforms to ensure that all citizens are well informed of the DSO before actual implementation.

She used the opportunity to thank all stakeholders for their support and called on them to support the project as the DSO moves to the implementation phase.

A representative of the broadcasters who spoke confirmed the support of all broadcasters on the national platform and assured the Minister of their full cooperation to ensure the right levels of awareness are created to ensure a seamless DSO for Ghana.