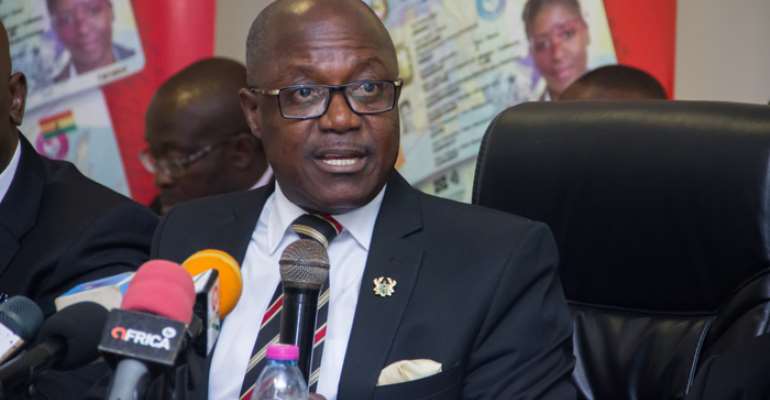 A pressure group, Concerned Voters Movement (CVM) is one of the many groups and individuals who heaped vitriolic on Prof Ken Attafuah, the Executive Director of the National Identification Authority (NIA) for what according to them is his empty boast about his outfit's ability to compile a voters' register for the Electoral Commission (EC).

In a release by the founder and leader of the CVM, Razak Poku, they pointed out that “the NIA boss should stop putting dust into the eyes of Ghanaians and rather concentrate on issuing Ghana Cards to all eligible persons by the end of March.”

The president, the movement recalled, had cause to recently ask the NIA to complete its assignment of issuing the cards to all Ghanaians by the deadline, March.

The statement added, “The voters' identification is about polling stations and constituency, details which are uncovered by the NIA. So what is he talking about? This is somebody whose efficiency cannot be vouched for in his management of the task of registering Ghanaians.”

Ghanaians know the major hiccups which had greeted the registration process for the Ghana Cards and so he should avoid making such remarks especially as the subject of the compilation of a fresh register was staring us in the face, the movement stated.

We cannot as Ghanaians, entrust the serious assignment of voters registration into the hands of NIA because as they put it “when it comes to elections there is no room for jokes.”

The CVM statement comes on the heels of Prof Attafuah's claim about the ability of his outfit to manage the voters' registration process. He has been on air since last week on the issue and incurred the wrath of those favouring the compilation of a new register.

When one of the radio stations opened the phone lines for reactions to his claim the responses were harsh and pointing at what callers described as his inefficient handling of the registration of Ghanaians.