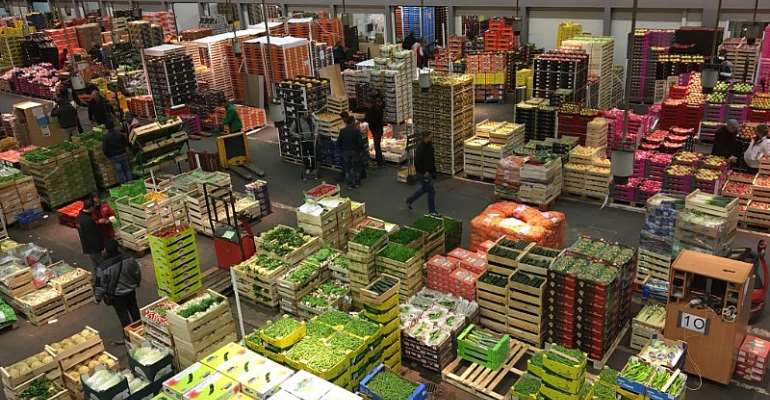 A spokeswoman for Rungis International Market said emergency power kicked in when the outage began 0530 GMT and that there was no disruption to trade. The power cut lasted 90 minutes.

“The power source to Rungis is cut this morning,” the local CGT energy branch wrote on Facebook.

The deliberate sabotage of power supplies underlines the growing determination of France's left-wing unions to resort to wildcat action, after a wave of strikes and street protests since early December failed to force Macron to back down on his overhaul of the pension system.

Transport strike
Meanwhile, the longest transport strike in France in decades appeared to be petering out on Monday, with most Paris metro and national train services back up and running, offering relief to weary commuters.

But while the return to work marked a tentative victory for President Emmanuel Macron, who has refused to back down in the dispute over pension reforms, French media and experts warned that opposition to the overhaul was far from over -- and taking an increasingly radical turn.

On the 47th straight day of strikes over the government's plans to fuse France's 42 different pension schemes into one, 11 out of 16 metro lines were operating as normal or nearly normal, according to the Paris public transport operator RATP.

In Paris, the focal point of the strikes that have caused nearly seven weeks of travel misery, the biggest union in RATP said Saturday it was suspending its strike action "to regain strength".

Unsa-RATP representative Laurent Djebali told AFP that many strikers had voted to resume work "for financial reasons" after going without pay for weeks, but he was adamant that there was "no question" of ending the strike altogether.

The biggest union at the SNCF, the militant CGT, also struck a defiant note in the face of the flagging strike participation.

Savannah: NADMO to clear buildings on waterways after heavy ...
18 minutes ago