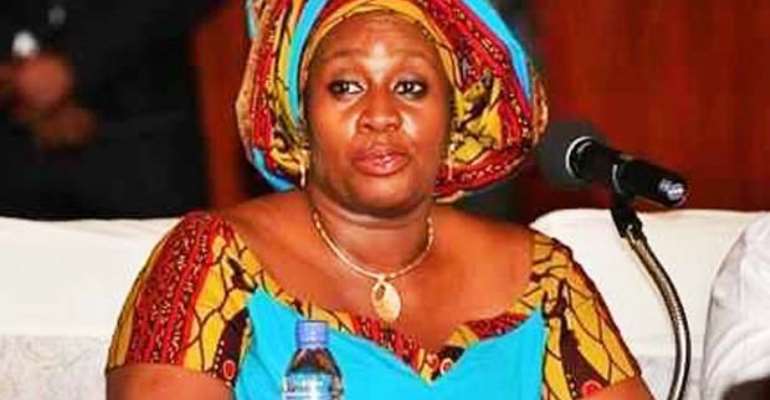 It has been revealed that the GH¢500,000 loan that was invested by the Microfinance and Small Loans Centre (MASLOC) into Obaatanpa Microfinace Company Limited was at the instance of its former Chief Executive Officer (CEO), Christine Sedina Tamakloe Attionu.

A finance officer at MASLOC, Francis Bandoh, who is the fifth prosecution witness in the trial of the former MASLOC boss and Daniel Axim, a former Head of Operations, told an Accra High Court yesterday that the micro finance company had applied for a GH¢1 million loan through the CEO.

However, he said due to the unavailability of enough funds in MASLOC's accounts at the time, Ms. Attionu approved the payment of GH¢500,000 for Obaatanpa which is half of the loan requested.

The court presided over by Justice Afia Serwaa Asare-Botwey also heard that Obaatanpa, after receiving the loan amount, had failed to respond to any of the quarterly requests for interest payment written to the company.

Mr. Bandoh led in his evidence-in-chief by Senior State Attorney Winifred Sarpong told the court that since the loan request was at the instance of Ms. Attionu, he followed up on her to find out why Obaatanpa had not been responding to MASLOC's request for interest payment.

“Ms. Attionu (then CEO) told me that it was a project with her boss so she will follow up and update me on when the interest payment would be made,” the witness told court.

He claimed even on the last day of Ms. Attionu's tenure as the CEO of MASLOC, he went to her office again to ask about Obaatanpa not responding to their requests and her response was the same.

Mr. Bandoh told the court that Obaatanpa had applied for a GH¢150,000 loan which was approved by the then CEO.

He narrated that after the approval of the loan, the company made another request through the former CEO for an amount of GH¢1 million.

He said Ms. Attionu called him to her office and showed him the request from Obaatanpa and asked whether they could meet the request as well.

Mr. Bandoh told the court that he had told the former CEO that he had to check their balance from the Accounts Department and after discussions he told her that they could meet the request so Ms. Attionu approved a loan of GH¢500,000 for Obaatanpa.

The witness also narrated that a cheque was then prepared in the name of Obaatanpa for GH¢500,000.

Ms. Attionu and Daniel Axim are facing 78 counts of charges including conspiracy to steal, stealing, unauthorized commitment, resulting in a financial obligation for the government; improper payment, money laundering and contravention of the Public Procurement Act.

The two accused persons allegedly stole a total amount of GH¢3,198,280 whilst at MASLOC and willfully caused a GH¢1,973,780 financial loss to the state.

Again, Ms. Attionu and her accomplice while in charge of MASLOC allegedly made unauthorized commitments, resulting in financial obligations for the government to the tune of GH¢61,735,832.50.

Mr. Bandoh is expected to continue his evidence-in-chief today.