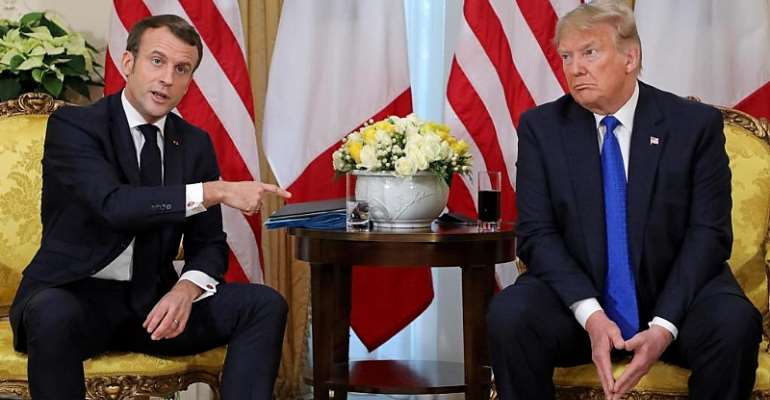 The presidents of France and the United States said Monday they agreed to extend negotiations over a French tax on digital companies including Google and Facebook, postponing Washington's threat of sanctions against Paris.

French President Emmanuel Macron tweeted in French and in English on Monday that he had had a “great discussion” with Donald Trump on the tax and that the pair had agreed to “work together on a good agreement to avoid tariff escalation”.

The US President replied “Excellent!” in a tweet that sits among messages looking ahead to the US president's visit to the World Economic Forum in Davos, Switzerland, and to today's impeachment trial in the US Senate.

Last year, Paris approved a levy on up to 3 percent of revenues earned by technology companies in France, as part of international efforts to find a fiscal model for tech companies that often pay little tax in countries in which they earn revenue via online sales and advertising.

Washington said the tax singled out US companies such as Google, Apple, Facebook, Amazon and Netflix, and threatened duties of up to 100 percent of the value of French imports of emblematic products, including Champagne and Camembert cheese.

The two countries have been seeking a deal to avert the US threat of duties on up to 2 billion euros' worth of French products. French Finance Minister Bruno Le Maire, who has been conducting negotiations, described the talks as “very difficult” on Monday.

Le Maire was to meet US Treasury Secretary Steven Mnuchin at the Davos forum on Wednesday to continue talks seeking a deal in the Organization for Economic Cooperation and Development (OECD).

“France is pursuing its objective of fair taxation on digital companies and finding a compromise within the framework of the OECD,” Macron's office said Monday.

France has said it would drop its tax if an international agreement was reached.