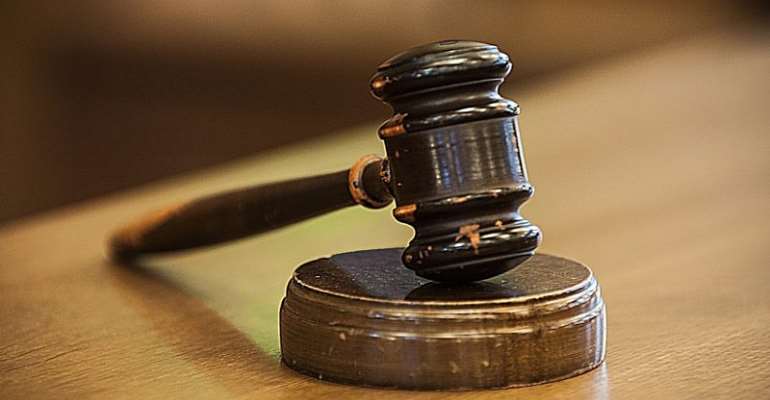 A 48-year-old Eunice Adu, the Chief Executive Officer (CEO) of Travel Bureau Limited has been charged by the Medina District Court for allegedly ‘stealing and forging’ signatures of her former husband to secure a loan of $150, 000.

Madam Adu, together with Patrick Koduah, a former Relationship Manager of Stanbic Bank Ghana Limited who has also been charged with abetment of stealing, have both been granted bail in the sum of GHc10,000 with a surety each.

This was after they both pleaded not guilty to their respective charges levelled against them before the Madina District Court presided over by His Worship Mr Richard Delali Anku.

Prosecuting officer, Chief Inspector Gulliver Kwabena Tenkorang in a brief facts of the case presented to the court said the complainant Martin Achesamping Danquah, 50, is a businessman and lives in his own house at East Legon Accra.

According to him, Madam Adu, first accused person (A1) is the CEO of Travel Bureau while Patrick Koduah,45, (A2) is a banker and works with Stanbic Bank Ghana Limited and a former Relationship Manager of the bank.

Love birds
Chief Inspector Tenkorang told the court that the complainant and Madam Adu were once married couples and have two children and that on December 28, 2016 their marriage was customarily dissolved by their respective families.

He told the court that prior to the dissolution of the marriage in 2010, the complaint discovered to his utmost surprise that the Land Title Certificate bearing his name has been stolen from his bedroom.

According to him, he asked the then-wife, A1 and she denied ever seeing the document but after along search for the document, complainant opted to get a replacement from the Land Title Registration Department of the Lands Commission.

The prosecutor told the court that, whilst going through the processes, it was detected that the Land Titled Certificate ‘NO GA12181’ which was stolen from his room was used as Deed of mortgage, by himself and Travel Bureau Limited in favour of Stanbic Bank Ghana Limited.

He told the court that, the complainant who had no idea of the transaction reported the case to the police on August 29, 2018 for investigations.

Order of disclosure
The police according to Chief Inspector Tenkorang set investigation into the matter and served the Managing Director of Stanbic Bank Ghana Limited with court order of disclosure of information to provide police with all the documents that were used in the loan application process by Madam Adu to assist the police investigation.

He told the court that, the bank obliged and furnished police with photocopies of consent letters, 2016, and 2017 facility letters, Land Title Certificate, deeds of mortgage, memorandum, stationary, declaration, board resolution letter and financial statement for the year ended December 31, 2019.

Collaterals
He said the Police went through the documents and it came to light that the stolen Land Title Certificate of the complainant was used by A1 as collaterals to secure a loan facility of $150,000 in 2017, and that A1 forged complainants signature of page 13 of the deed of mortgaged.

He said it was also found that on July 30, 2007, A1 again forged the signature of complainant on the consent letter to the bank.

Koduah, the then the relationship manager, of the bank whose duty he said was to deal with customers, refused to verify the Land Title documents presented to him by A1 which were in the name of Martin Acheampong Danquah but rather aided and abetted Madam Adu to obtain the loan facility.

The two were subsequently arrested and after close of investigations, they were charged with the offence to stand trial.

The case has been adjourned to January 21.
---Starrfm.com.gh