The Lessons As We Celebrate Martin Luther King Day 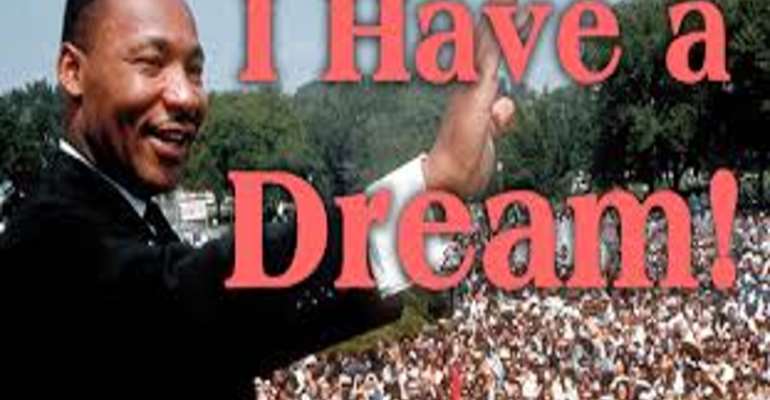 This day reminds us of the task on every human to sacrifice our lives in one way or the other so as to ensure that evil flee from us in all aspects of our lives. King once said, ‘Anyone who does not have something for which he is willing to die for, is not fit to live.’ He was ever ready to see to it that the Negro child be on the same level of justice with the white child even if it would cost his life.

Just as he anticipated, he was assassinated after he gave his last speech to the multitude saying ‘I have been to the mountain top, and I can see the promised land, I may not get there with you, but together we will get there as a people’

He hated evil and was never bordered about death in as much as his short life period could change the world forever. He said, ‘The quality, not the longevity of once life is what matters.’

This means that the opportunity given to us by God to live must be used to fulfill a purpose for good, since living a thousand years without an impact will be of no significance. A year of influence is much more important than a fifty year of loafing.

King hated not only the attitude of the wicked but also the good people who could prevent the evil yet keep their hands crossed and doing nothing. He said, ‘He who passively accepts evil, is as much involved in it as he who perpetrates it’. He also said, ‘The greatest tragedy is not the oppression and cruelty of the bad people, but the silence of the good people’

In view of this, we must also rise up for justice, going to equity with clean hands. We must be glad to speak out against ill in our society, against the secret evil committed by our leaders, against the injustice and so forth.

Our society needs men like King who can unveil the monstrous looking sort of wolves, masquerading in sheep clothes and serving as our leaders.

As youth, we must always remember the words of Martin Luther King when he said ‘In the end, we will remember not the words of our enemies, but the silence of our friends.’ We sometimes think we are safer to let sleeping dogs lie and not realizing that we are being threatened by those dogs as the lay; instilling fear and panic in us. It is hard time we storm the pretentious calm waters, only then can we have everlasting freedom, for Helen Keller said, ‘Life is either a daring adventure or nothing. Security does not exist in nature. Avoiding danger is no safer than exposure’ and Benjamin Franklin said, ‘Those who surrender freedom for security, will not have, nor do they reserve either one’

I don’t know who is reading this, but the message today is that we should take the values of King as we celebrate him today January 20, 2020 and act with fearlessness wherever we find ourselves so as to chase away evil while sparking development in our country.