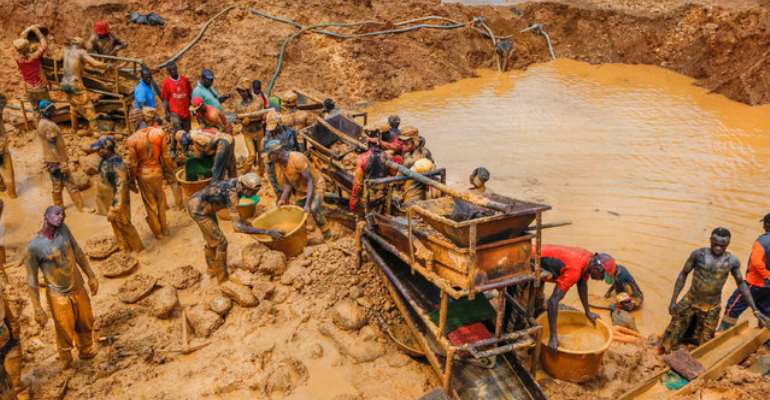 Election tension is brewing in the Ghana National Association of Small Scale Miners (GNASSM) following the commencement of election process aim at activating vibrancy into the association.

The process which is expected to give the Association change in leadership is being organized from Zonal, Districts and eventually to National levels, and is expected to complete by the end of March this year.

Currently, picking of Nomination Forms for District Chairmanship position is underway and submission of forms to be held on 24th of January, 2020 at GNASSM Secretariat, Diamond House, Accra. Vetting of District chairmanship aspirants will be conducted on January 30-31, 2020.at offices of Minerals Commission, Accra.

On the National Executive Council (NEC) front, picking and submission of nomination forms will be conducted from February 24th and March 3rd respectively, at the GNASSM Secretariat, Diamond House, Accra; then vetting on March 12th and 13th at the offices of Minerals Commission, Accra.

The NEC election is slated for March 24, 2020 to be followed by the Inauguration of the new elected executives in an Annual General Meeting on the next day, March 25, 2020 both activities in Kumasi respectively.

Speaking on finance, Sampson Wiredu aka TLG, GNASSM National Director of Finance, puts the total cost of Zonal, District & National Election to GHS 70,000. He bemoaned how the ban on small scale mining has put the Association in financial turbulence, and therefore call on small scale mining value-chain operators and other stakeholders to support, either in cash or kind, for the success of GNASSM Election 2020.

Speaking to the Election Transition Management Team (ETMT), chairman of the ETMT Frank Osei aka DeNero gave the assurance, his team has put in place the needed impetus to ensure transparency and fairness to elect deserving people. He urged members to be mindful of the numerous challenges the association has gone through and the current barricades mitigating its growth for total development of small/medium scale mining. According to him, the election event must be of great concern to every committed member and demanded total participation so that together we all change the fortunes of GNASSM and small scale mining in general.