Do We Need An Emergency Forex Development Committee - To Tell Us What We All Know? 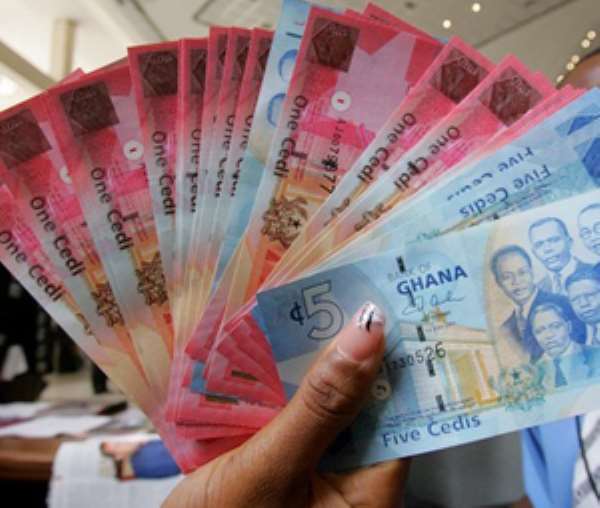 So the government of Ghana has now set up an Emergency Forex Development Committee, to advise it on halting the depreciation of our miserable currency, the worthless Ghana cedi? Amazing. What a strange country this is. Hmmm. Asem ebeba debi ankasa. Yooooo...

Does that mean, one wonders, that the current regime now freely admits that our garrulous vice president, Dr. Mahammadu Bawumia, has failed to "arrest the cedi" - and "hand it over to the Inspector General of Police", as he once gleefully boasted: in a speech denigrating the managing of our national economy, by National Democratic Congress (NDC) regime of former President John Dramani Mahama? The sly sod. Eeiiii, Ghana. Hmmmm, eyeasem, oooo. Yooooo...

Perhaps the question that mere mortals like us ought to ponder over is: Is there any nation, anywhere in this world, in which every Yaw, Hafiz and Bukari, can buy foreign currency, at forex bureaus, and boldly smuggle same out of that country - through its ports with the connivance of sections of officialdom: which will not have a wretched currency in slow-motion free-fall? Not rocket science, oooo, Massa.

And, not too long ago, was a Lebanese 'businessman' not caught at the international airport, at Accra, with a suitcase containing over US$1 million in cash? Whatever happened to that nation-wrecker, one asks, dammit?

Perhaps he was caught that day, simply because the wrong people were on duty on the day in question, and his luck run out? Who knows? "But was he ever debriefed, by our bribe-taking secret services, Kofi?" to quote a furious old codger I know - fed up with the egregious-propensity of uniformed Ghanaians to bend over backwards to help foreign carpetbaggers escape justice for shortchanging Mother Ghana.

No wonder there are some in our midst, who posit that such currency smuggling is the tip of a gigantic-money-laundering-iceberg - that sees billions of dollars being smuggled out of our country, annually. Yet, even capitalist nations have exchange control policies prohibiting such movements of massive amounts of cash.

If I remember correctly, one can't legally take out more than US $10,000, when departing the United States of America. Furtheremore, is there any patriotic, honest and principled Ghanaian, who has a modicum of knowledge about how the financial services sector works, globally, and is fair-minded and independent-minded, who isn't suspicious about the reasons the Ghana International Bank (GIB) hasn't been closed down yet, I ask?

Bush telegraph sources claim it is the bank of choice for our vampire-élites to launder money in places such as the UK. To quote an old wag I know: "Kofi, that bank ought to be closed down - and it's assets transferred to the GCB Bank - from which it was spinned out of, years ago, simply to serve as a conduit for crooked-money!" Wow.

You don't need so many people in an Emergency Forex Development Committee, to work out the fact that any nation whose citizens prefer imported products over locally produced ones, will always have a negative trade balance - and virtually worthless currency.

All those super-intelligent, big-English-book-long-people, in that confounded Emergency Forex Development Committee, are just going to be paid hapless taxpayers' cash, merely to tell the government what it already knows - and it is all election-campaign-humbug designed to pull the wool over the eyes of the gullible in our country.