Political Parties Against New Register Except 20,000 Turnout For Kumasi Demo 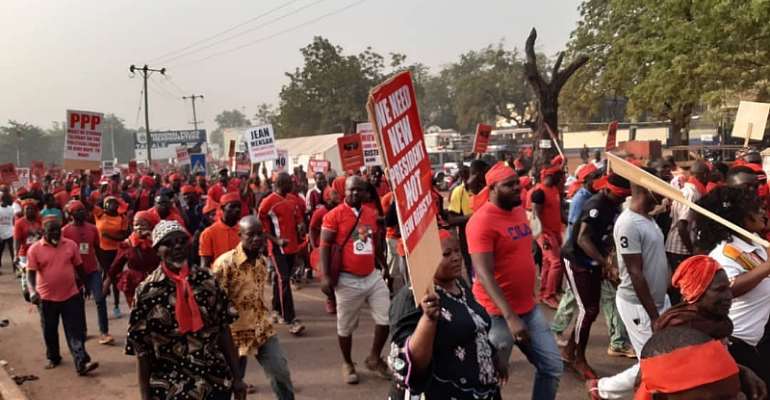 The National Democratic Congress (NDC) branch in the Ashanti Region expects 20,000 people to join the Inter-Party Resistance Against New Voters' Register in its Kumasi protest against the compilation of a new voters’ register on Tuesday, January 21, 2020.

This will be the second of three planned demonstrations by the coalition.

The NDC’s Ashanti Regional Secretary, Kwame Zu, said the protestors will pour their frustrations “on the streets of Kumasi in a peaceful way.”

“We expect to see not less than 20,000 pour onto the streets of Kumasi tomorrow and this in our bid to demonstrate and convey our displeasure at the consultative posture of the Electoral Commission,” he told Citi News.

In turn, the Ashanti Regional Police Command says it has put in place adequate security measures ahead of the demonstration.

“The police will ensure that the route agreed on for the event is secured and that law and order is maintained throughout the entire period,” ASP Godwin Ahianyo said to Citi News.

He also warned that police will not entertain the throwing of stones, burning of tyres and any other forms of unrest.

The protesters will start the demonstration from the Aboabu school park through to the Asawase Police station to the Central Mosque and then to Asante Mampong Senior high school and a number of other routes before finally ending at the jubilee park.

The coalition has already held a protest in Tamale dubbed “Tikusayi demo.”

The group maintains that GHS390 million approved to be spent on the register and a new Biometric Voter Management System (BVMS) will be a waste of taxpayer money.