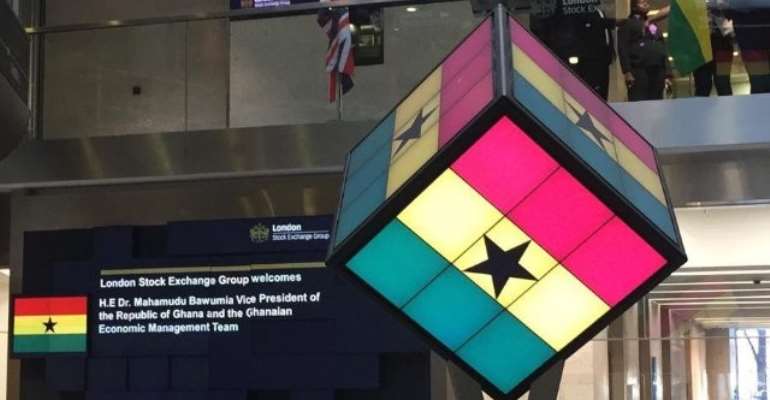 The announcement which was made as African government and business leaders arrived in London ahead of Monday’s UK-Africa Investment Summit, indicated that the billions of pounds of investment in Africa will be generated in partnership with the City of London.

The initiative is to help more money from private investors like pension funds flow into Africa to make it easier, quicker and more secure to invest.

“Africa’s substantial investment potential is clear, with many African countries outstripping global economic growth in recent decades. The UK is already the top financial exchange for Africa’s businesses and we want investors to seize the exciting opportunities that Africa offers.

“These new initiatives, announced ahead of the UK-Africa Investment Summit, will make it easier, greener and more secure to invest in Africa, mobilising billions of pounds of sustainable investment to help end poverty,” Mr Sharma indicated.

A lot of African businesses have been listed on the London Stock Exchange than any other finance centre outside the continent. However, African assets still only account for around 1% of total investments managed by the City.

The new initiatives, backed by almost £400 million of UK aid support, include:

1. Extra support to the UK’s Financial Sector Deepening Platform which will improve the financial systems and regulations of 45 African nations, including Ghana, to build more confidence for international investors; lead the way to boost green finance products and improve access to bank accounts and loans for African entrepreneurs.

2. Collaboration with the City of London on a competition for fund managers to identify and develop new investment products for Africa, which could be listed on major stock exchanges like London, making it easier and more appealing for global investors to put money into African projects at scale.

3. A new facility with the World Bank’s International Finance Corporation (IFC) to develop more local currency bonds, allowing businesses and governments in Africa to raise investment in their own currencies and reduce the risks and costs associated with borrowing in foreign currencies, because of potentially damaging exchange rate fluctuations. This will help African countries better plan and invest in their future.

The Finance Minister, Ken Ofori-Atta is expected to ring the ceremonial bell that signals the start of the trading day, on the world’s most international market on Tuesday, 21 January.

President of the World Bank Group, David Malpass also said by 2050, one in four global consumers will be African adding that Africa, however, currently attracts less than four per cent of global Foreign Direct Investment.

“On behalf of the World Bank Group, I’d like to thank the UK government for their leadership in supporting investments in Africa. Working together with us in global cooperation, the countries of Africa can meet their ambitions to boost growth, create jobs, and lift people out of poverty.”

Over £17 billion has been raised on the London Stock Exchange by 112 African companies in the last 10 years which today are worth more than £125 billion.