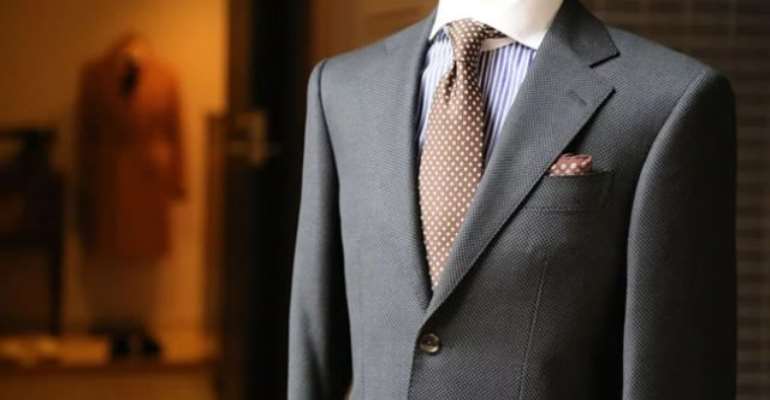 A tailoring shop in the Spanish city of Bilbao has sparked a heated debate online after it reported that it started charging people 15 euros ($16.7) just for trying on clothes.

Camino Azula Pascual, co-owner of the Pascual Bilbao tailoring shop in downtown Bilbao, has been making custom men’s suits and tuxedos for 40 years, so she doesn’t even need a measuring tape anymore.

As soon as someone walks through the door, she knows their measurements, and, if they’re in a hurry, she can even recommend something that would suit the special occasion perfectly.

But this is a skill that she and her brother Carlos have honed over four long decades, and wasting it all on people who don’t even want to buy anything is no longer acceptable. That’s why starting this year, Pascual Bilbao has implemented a 15 euro tax for everyone looking to try on suits in the shop.

“Many people visit all the local shops in the business, come in several times, by themselves, with their mother, with their grandmother, their friends… They ask for advice in styles, models, accessories, and then go elsewhere to buy,” Camino Pascual told El Correo newspaper , adding that some patrons are even worse – using all the advice they receive in the shop to buy a cheaper suit on the internet.

“Each appointment can last an average of two hours, and we already know that nobody can guarantee us a sale, but this way at least we know that the people who come in are really motivated by the value that we are offering,” the shop owner added.

Suits at Pascual Bilbao can range between 800 and 1,500 euros, so the two siblings are confident that whoever really wants to buy one of their creations isn’t going to be put off by the 15-euro tax. Besides, for the people who end up making a purchase at the shop, the tax is deducted from their bill, so they end up paying just for the clothes and/or accessories.

“We want to let people know that if we ask for that money here it is because the service we offer is of the highest quality,” Camino Azula Pascual said, adding that the 15-euro tax is also “and act of justice” for “the street trade, which puts all its resources and professionalism at the service of the client and deserves to be recognized”.

Asked how people have been responding to the tax so far, the Pascual siblings told reporters that it was too early to tell, but that so far none of the people who called for an appointment have cancelled because of the 15-euro try-on fee.

The news story has gone viral in Spain, sparking a heated debate on social media. Carlos Azula Pascual has posted a lengthy explanation on the Pascual Bilbao Facebook page for anyone eager to learn their reasoning. It’s in Spanish, but Google Translate is your friend.