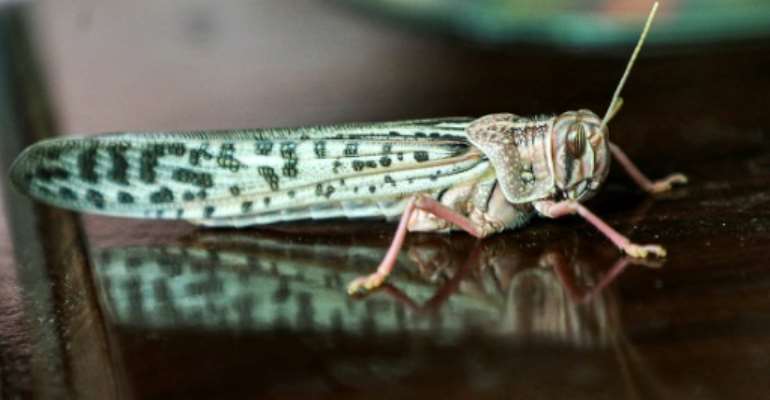 "Ravenous swarms" of desert locusts in Ethiopia, Kenya and Somalia, already unprecedented in their size and destructive potential, threaten to ravage the entire East Africa subregion, the UN warned Monday.

Recent weather in the region has created conditions that favour rapid reproduction of the crop-devouring insects.

"The speed of the pest's spread and the size of the infestations are so far beyond the norm that they have stretched the capacities of local and national authorities to the limit," the Rome-based agency said.

FAO head Qu Dongyu said the swarms threaten "the food security of the entire subregion", adding that FAO has activated a "fast-track mechanism... to support governments in mounting a collective campaign to deal with this crisis".

Efforts to control the voracious pests are already under way in the region, but financial donations from the international community for the emergency response are vital "in view of the scale and urgency of the threat", he said.

It said it needed $70 million (63 million euros) for urgent pest control and to help those whose livelihoods have been destroyed.

Locusts continue to pour into Kenya from Ethiopia and Somalia and are rapidly spreading to the centre of the country.

In Ethiopia, the insects are moving steadily south towards the Rift Valley, the country's breadbasket, the agency said.

"Ethiopia and Somalia have not seen desert locust swarms of this scale in 25 years, while Kenya has not faced a locust threat of this magnitude in 70 years," FAO said.

It said that while South Sudan and Uganda are not currently affected, they are at risk.

FAO said it was providing forecasts, early warning and alerts on the timing, scale and location of locust invasions.

It warned in particular of substantial locust breeding activity in India, Iran and Pakistan as well as Egypt, Eritrea, Saudi Arabia, Sudan and Yemen.