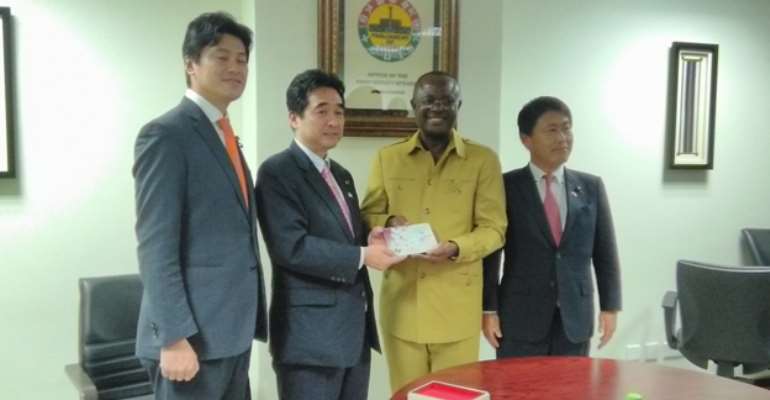 The First Deputy Speaker of Parliament, Joseph Osei-Owusu, has challenged Japanese automobile firms operating in Ghana to invest in the training of Ghanaian mechanics in order to enable them acquire the technical know-how to repair vehicles from Japan when they break down.

He noted that the Ghanaian market abounds with several Japanese automobiles however, these vehicles become obsolete when it breaks down since the local mechanic is unable to repair or fix it.

Speaking at Parliament House during a courtesy call on him by a four-member delegation from the Japan-Ghana Parliamentary Friendship Association in Accra on Monday, he said “companies in Japan should invest in training mechanics. Vehicles are more popular when mechanics can repair them and it can be used for a long time”.

Japanese automobile brands such as Toyota, Nissan, Honda, Isuzu, Suzuki have been in the Ghanaian market for decades hence the call for the transfer of skills.

Mr.Osei-Owusu, also commended Toyota Ghana for plans to set up an assembly plant in the country which is expected to be ready by August this year.

The Leader of the delegation, Hon. Manabu Sakai told the Deputy Speaker and his entourage made up of the Majority Leader, Osei-Kyei Mensah-Bonsu and the Chairman of the Ghana-Japan Parliamentary Friendship Association, Seth Acheampong among others that some Japanese businesses which are eager to invest in Ghana are awaiting the approval of a JETRO office.

The Japanese government has expressed interest in establishing a Japanese External Trade Organization (JETRO) office in Ghana to facilitate trade among citizens of the two countries subject to the approval of the Parliament of Ghana.

The JETRO is a government-related organization that works to promote mutual trade and investment between Japan and the rest of the world.

To this end, the delegation made a call on the Parliament of Ghana to expedite actions on the request when Parliament resumes sittings by the end of the month of January.

On his part, Chairman of the Ghana-Japan Parliamentary Friendship Association, Seth Acheampong, indicated that it is very significant for Japan to plan to set up a JETRO office to deepen business relations between the two countries and added that the West African country remains a rising nation with regard to economic stability and growth as well as ease of doing business.

The Japanese delegation’s visit to Ghana’s Parliament was a reciprocal gesture on the back of similar visit by the Ghanaian team last year to foster cordial relationship and boost Parliament to Parliament collaboration. 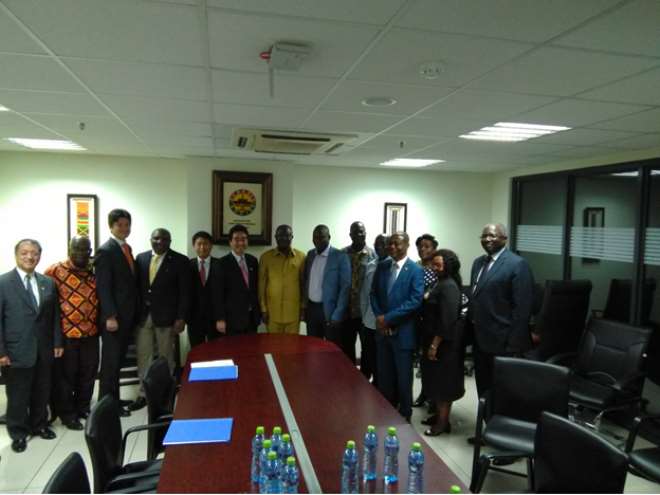