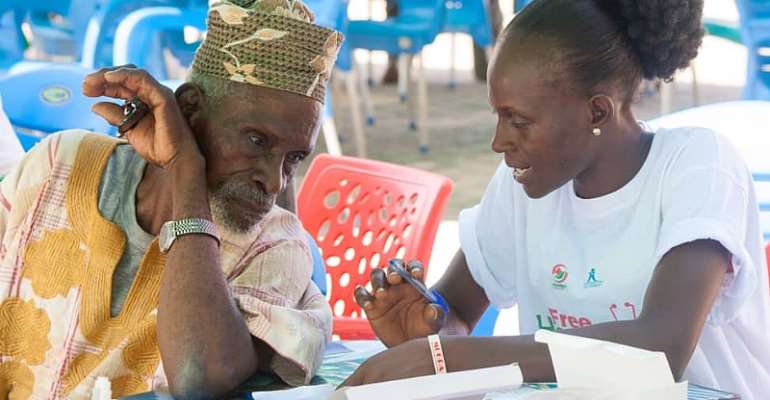 Hina Numbu Foundation, a non-governmental organization known to advocate for the wellbeing of the underprivileged in the society, on Friday, December 20, 2019, launched its fun raising campaign to support the health charity project up north during this year’s Dumba Festival,

The launch which took place at the "Garage" East Legon, close to the underbridge, had an impeccable performance from Dark Suburb, an alternative rock band from Ghana, a suburb of Africa that has adopted and refined culture of masquerades in the continent as their image. Thus giving new impetus to a costume art form that is prevalent in many African societies.

According to the Chief Executive Officer of the Foundation, a Ghanaian model, health practitioner, actress and entrepreneur, Salma Chaana, Abul-Razak, who was the first Upper West delegate to make as a finalist in the 2010 Ghana Most Beautiful pageant from her amazing performance on Tv3.

Hina Numbu foundation is raising funds to embark on a free medical outreach during the first two days of the Dumba Festival this year. Its during this festival that most natives from nearby villages converge to celebrate. A good time to target to meet them for screening.

She said on a phone interview that, the screening which will happen in all the Northern regions will be targeting these various conditions: Hypertension, Malaria and Diabetes and also educate people on the preventive measures, advantages of early detection and also on personal hygiene and general well being as health is wealth"

The CEO also added that “Our target is to raise funds to help improve the health situations up North. We appreciate Dark Suburb for their immense support for the fundraising and also to Chaana Shito for donating with Gh ₵ 2 of every jar of shito bought from this day forward. If you would like to support this great project, for enquires call 0244448180 ”

Speaking to Chaana Foods Limited owners of Chaana Shito, they said, “the initiative taken by Hina Numbu is a laudable one, and that is why we want to support the initiative with our product as part of our social responsibility. Chaana Food limited also added "one do not need to be rich to extend a helping hand.. Buying the product which are available at Max Mart Accra, Garden Max Takoradi, Nisaat Ventures, Tamale, Community 11 Shell and Frimps Oil Mart Spintex will help in pushing this free health screening agenda.