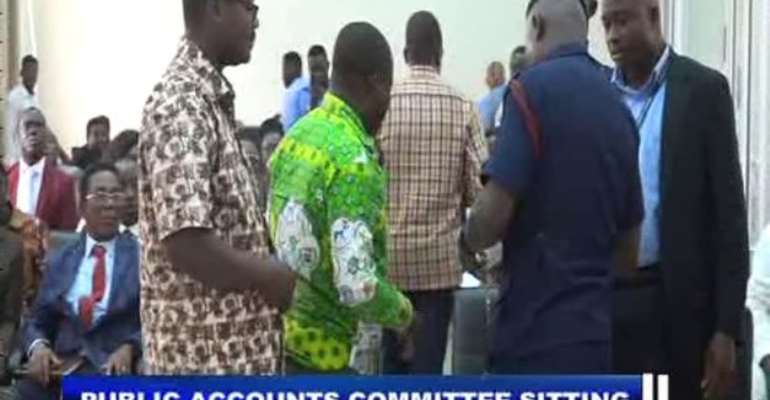 Chairman of the Public Accounts Committee (PAC), James Klutse Avedzi has ordered the arrest of the current and former finance officers from Sefwi Akontombra District Assembly.

Isaac Akowuah and James Essilfie, who were sent to the Parliament Police Station, were accused of attempting to deceive the Committee during a hearing on Monday.

Mr Avedzi also noted that most of the payment vouchers that were eventually submitted to the Committee did not correspond with the current receipts and had different reasons stated for spending, following a check.

Although the two finance officers tried to explain the reason behind the mix up, the Chairman asked for them to be whisked away for interrogation by the Police.

PAC on Monday January 13, began working on the Auditor-General’s 2016 report with some representatives from Metropolitan, Municipal and District Assemblies (MMDAs) in Greater Accra, Western and Volta Regions already appearing to defend their spending.

While eight Assemblies were ordered to appear before the committee or face possible sanctions, officials from the Weija-Gbawe Municipal Assembly were sacked because they failed to appear with their Municipal Chief Executive.