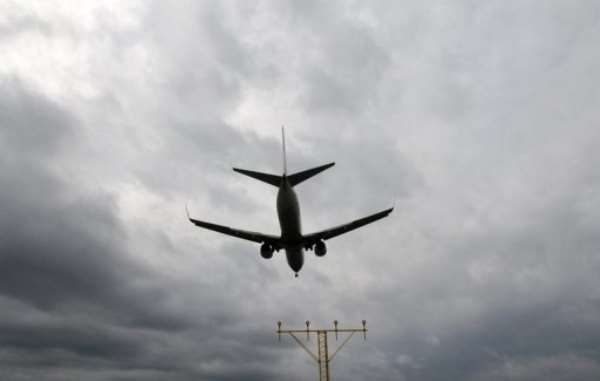 If there comes a point when people will decide not to fly, the issue may well be less to do with any moral or ethical issue with climate change than the fact that commercial flights have become atrocious. They are naked money-making concerns with diminishing returns on quality. The key factor that plays out here is what economists like to term inelastic demand. Prices can be raised; service quality can be reduced, but customers will keep coming. The demand remains, even if the supply leaves much to be desired.

The phenomenon is distinct over the long-haul carriers, which have, at least until recently, been spared the stripping phenomenon. Singapore Airlines, which prides itself for an almost aristocratic bearing towards its customers, proved skimp its Melbourne to Singapore leg. An insulting sampling of “toasties” was offered as a starter, a culinary outrage that did not go unnoticed. Indian passengers who had selected special meals in advance were on the money; pungent curries and dhal filled the cabin as this ridiculous excuse of a meal was handed out to customers. A few desperate, and disgusted punters asked the flight attendants if there were spare vegetarian options.

Budget airlines may have something to explain in this regard. The revolution of the cheap fare came with the reduction of expectations. No frills travel came with a certain contempt on the part of the service providers: food and drink would no longer be gratis; seat allocations would have to be purchased in advance and check-in or carry-on luggage would have to be paid for. A turning point was Dublin-based Ryanair’s attempt to go easy on toilet numbers – one per aircraft – and charge customers for their use. As the company’s penny-pinching CEO Michael O’Leary said at the time, “We rarely use all three toilets on board our aircraft anyway.” Bladders be damned.

Instead of aspiring to a higher level of service, the traditionalists have voted to go down a notch or three. What budget airlines do badly, we can do worse. The law of diminishing returns is pushing all air travel carriers downwards in what has been seen to be an exercise of “calculated misery”. The experience is appalling and unpleasant, but need not necessarily be intolerable. The result is a curious revision of the term “upgrade”. As Alex Abad-Santos laments in Vox, passengers upgrade their seats, not to get a more spectacular service or experience, but “to avoid hell.”

Managing such misery is hardly original, though Tim Wu of Columbia Law School can be credited for giving a good overview of it when writing in 2014 for The New Yorker. “Here’s the thing: in order for fees to work, there needs to be something worth paying to avoid. That necessitates, at some level, a strategy that can be described as ‘calculated misery’. Basic service, without fees, must be sufficiently degraded in order to make people want to pay to escape it. And that’s where the suffering begins.”

Nothing says such suffering than crammed economy seats on a long-haul flight. Shoulders and arms are jammed; legs can barely move. The trend was such that Bill McGee, a writer with more than a passing acquaintance with the airline industry, would note, referring to the United States, that the most spacious economy seats “you can book on the nation’s four largest airlines are narrower than the tightest economy seats offered in the 1990s.”

Things are not much better in terms of the European market. Mediocrity mixes with indifference, even on flights which are half-full. A flight from London Heathrow to Copenhagen with Scandinavian Airlines was characterised by a certain snooty indifference on the part of the flight attendants. Much babbling was taking place in Finnish – why would you want to assist passengers? Little by way of interest in the customers was afforded. Curt instructions were issued; requests for coffee were received with glacial stares. Naturally, to receive a meal and drink that wasn’t water that had seen better days required forking out of the plastic fantastic. Gone are the days when international airlines behaved as such, wishing to make matters decent, comfortable and even pleasantly bearable; the European air space finds itself populated by the stingy and the tight-belted.

Commercial airlines from SAS to Singapore Airlines have taken whole sheafs of extortion from the budget airline book of making customers pay for selecting seats. The stress here is budget service at caviar prices. This cheeky form of thieving imposes a cost on the act of jumping the queue for a better place on the flight. And this is not all. You book a ticket with a flight, only to find at the airport that you had purchased a “light” version, meaning that you have to pay for carryon luggage.

High time for a customer revolt, but the industry is distinctly programmed. Even when airlines have been well disposed to their customers, such as JetBlue, the corporate monsters of Wall Street have howled. It’s bad form to provide decent service within reasonable expectations. Efficiency, and filling the seats, is what matters, whatever the quality. Fee-free services, being conscious of the brand and a “customer-focussed” approach was simply not on. Eventually, JetBlue caved in and joined the market of calculated misery.