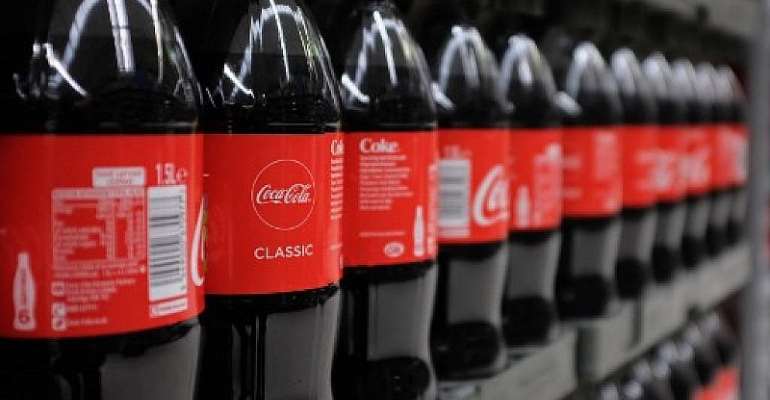 US giant Coca Cola has announced 1 billion euros of investments in the country over the next five years, joining pledges by other big investors ahead of the Choose France business summit, which kicks off Monday.

French President Emmanuel Macron and Coca-Cola's chief executive James Quincey are due to discuss the plan Monday at the Choose France Summit taking place at Versailles.

As part of the investment, Coca-Cola will join with its primary bottling partner in the country, Coca-Cola European Partners or CCEP, to introduce new products in the French market.

Coca-Cola intends to "strengthen its position as a leader" and "accelerate its entry into new categories", according to a press release from the company, which employs 2,800 workers in France.

The US food and beverage giant is one of 200 companies participating in Monday's business forum, designed to attract more foreign businesses to France.

Several major companies have also announced plans to ramp up investments in the country, including Italian-Swiss shipowners MSC and pharmaceuticals giant AstraZeneca.

New jobs
MSC has placed a two-billion-euro order with the Chantiers de l'Atlantique shipyard at the northwestern port of Saint-Nazaire for two new cruise liners. It is also in talks for a further investment of another four billion euros.

Anglo-Swedish company AstraZeneca meanwhile said Sunday that it would be investing more than 450 million euros over five years in France, much of it at its site in Dunkirk.

For the French government, there is a potential for both companies to recruit up to 2,000 and 100 people respectively.

The announcements will be a boost to President Macron, who is hoping to use the Choose France summit to position his country as the place to do business, despite the country's strikes and weekly anti-government protests.

And the timing, on the eve of the World Economic Forum (WEF) at Davos in Switzerland, maximises the chances that the major players will be available.

Unions threaten protests
"Health, transport, banking, food and agriculture, telecommunications, digital... There are advertisements across the country, in every sector and for every kind of job," Macron said in a statement ahead of the meeting at the sumptuous surroundings of the Chateau de Versaille near Paris.

Less sumptuous however, are plans by unions to disrupt the gathering.

Trade unionists involved in the current long-running industrial action over the government's plans to overhaul the pension system have already said they will be there, to get their message across.

France is the second most popular European destination for foreign investors behind Germany but ahead of Britain.