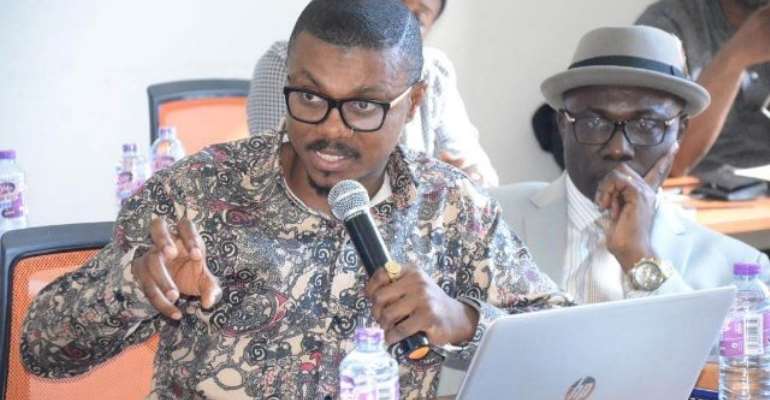 Contrary to his recent statements in the media, it has emerged that former President Mahama planned to abolish the automatic posting of trained teachers and had committed to do so in a policy document sent to the World Bank as his government sought a $156 million loan from the Bank.

The former President is also promising to, when voted back into power, cancel the licensure exams which his government introduced while in office.

These policy prescriptions according to the Executive Director of the National Council for Curriculum Assessment (NaCCA) are incoherent and will, in the long run, derail the giant strides made in the production of quality teachers across the country.

Dr Prince Hamid Armah insists Mr Mahama has been misled into putting out amorphous policy prescription in the educational sector particularly in the area of improving teacher quality.

In an opinion piece reacting to the ex-president’s recent remarks during the NDC 2020 Campaign fundraising programme, the NaCCA boss stated:

“It is therefore fair to say that the former President's present policy position is not coherent and runs parallel to policies he pursued when he was the country's Head of State regarding the education sector.

“Respectfully, the former President has been misled once more. But more importantly, his current policy position on this matter could undermine efforts to improve teacher quality in Ghana which he contributed in its evolution.

“As a former Head of State and the Presidential Candidate of the National Democratic Congress (NDC), public comments made by him should be founded on facts as they necessarily become the basis for political and policy discussions in the country,” he stated.

The following is the full piece.

On Thursday, January 16, 2020, former President John Dramani Mahama spoke at the launch of the fundraising effort for his 2020 campaign to take back the presidency that he lost in 2016. In a report on the occasion, Starrfmonline quoted the leader of the National Democratic Congress as saying “We will bring back the automatic promotion of teachers. And cancel the teacher licensure exams. They say that we introduced the licensure exams; to be clear we never sought to use exams as a means of licensing teachers". This is not the first time we have heard comments along this line from the Ex-President. In order to properly assess these assertions, it is important to provide some basic historical facts relevant to what seems to be forming part of his campaign pitch.

The Education Strategic Plan (2010- 2020), a plan that incorporated ex-President Mahama’s long-term vision for the country’s education system, outlined strategies and priorities to be implemented over a period of ten years. Of course, the current government has revised that document into ESP 2018-2030, to reflect its vision and aspirations for the country. In the ESP 2010-2020 policy document, the Colleges of Education (CoEs) were to be given tertiary status by the enactment of the Colleges of Education Act (Act 487, 2012). For this reason, several policy initiatives were undertaken by the Government then to reflect their new status.

One of such initiatives was the scrapping of the teacher trainee allowances in 2013 and its replacement with a students' loan scheme similar to those available at other tertiary institutions in the country. The government led by John Mahama argued that CoEs had been upgraded into tertiary institutions following the passage of the Colleges of Education Act (Act 847 of 2012), and in so doing, payment of trainee allowances was no longer justifiable. Trainees had to apply for funding as their colleagues at the universities that provide initial teacher education services (e.g. University of Education, Winneba [UEW] and University of Cape Coast [UCC]). This policy intervention effectively removed the quota system that had been imposed on CoEs due to funding cap, consequently leading to ‘massification of teacher training’ at the CoEs.

The government, acting on the ESP 2010-2020, subsequently argued for the need for teacher rationalization based on the demand and supply scheme which it believed was in tandem with the decentralization of teacher management. Under the decentralization of teacher management put forward by the erstwhile NDC government led by the venerable John Mahama, districts were to move from a supply-driven to demand-driven approach to recruitments to ensure that they were able to competitively recruit and retain teachers. This, it was believed, could lead to cost-savings, greater funding availability and efficiency in teacher supply.

But the prime intention was to reduce tertiary education spending (which was of great concern to the government) by at least 15% of annual education expenditure by the year 2015. The aggregate effect of these policy intentions on the CoEs trainees was that having been already denied trainee allowances, they would compete for employment based on demand at the district levels just as their colleagues with similar qualifications from UEW, UCC and others. It is important to note that, President Mahama government’s chief policy document on the education sector clearly recommended the abolition of automatic postings, just as it did for teacher trainee allowance.

For it was no longer tenable to bond teacher trainees under the Ghana Education Service, if they had no allowances, and were to pay fees sometimes higher than their colleagues in the universities. So, in the year 2016, the erstwhile NDC government attempted to implement the policy intention of scrapping the automatic postings as recommended but was quelled based on fierce resistance from stakeholders in the education sector particularly the Teacher Trainee Association of Ghana (TTAG).

The government had to issue a statement denying its intention of introducing such a policy, although it had unambiguously stated in a document presented to The World Bank for a loan of USD 156 million the “gradual abolishment of automatic employment where teachers will be employed based on vacancies at specific schools” (see page 5, https://tinyurl.com/suyhx2w).

From the foregoing discourse, it would appear that the distinguished Ex-President has gradually backtracked from key educational reforms initiated by a government that was led by none other than himself. For instance, is the former President now backing away from his earlier commitment to abolishing the teacher trainee allowances even if it caused him the election? Did he believe in that? Or is the Education Strategic Plan (2010-2020) developed by the erstwhile NDC government, which advocated for decentralisation of teacher management with competitive recruitment process no longer convenient for the former President?

It is imperative to state that the present government has not even scrapped the automatic postings of teachers, but it has been streamlined by the licensure regime being implemented by the National Teaching Council (NTC), a creation of Education Act of 2008. Trainee teachers after completion of their studies are required to undertake a one year mandatory National Service as well as the Teacher Induction Training concurrently.

Afterwards, they are required to be licensed by the NTC before being posted by the Ghana Education Service. For example, teachers who successfully completed their induction in 2018/2019, and have met the standards for full registration set by the NTC have all been posted. It is therefore fair to say that the former President's present policy position is not coherent and runs parallel to policies he pursued when he was the country's Head of State regarding the education sector.

Respectfully, the former President has been misled once more. But more importantly, his current policy position on this matter could undermine efforts to improve teacher quality in Ghana which he contributed in its evolution. As a former Head of State and the Presidential Candidate of the National Democratic Congress (NDC), public comments made by him should be founded on facts as they necessarily become the basis for political and policy discussions in the country.

The author is a Lecturer at the University of Education, Winneba and the Ag. Executive Secretary of the National Council for Curriculum & Assessment. Mahama's teacher policy prescriptions incoherent; affront to quality teaching and learning