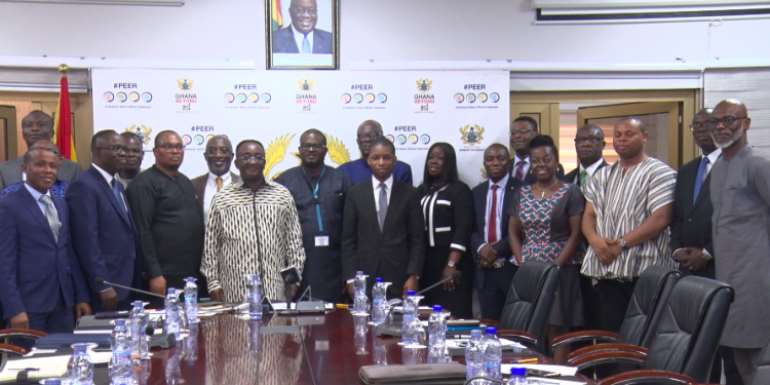 The Head of Financial Institutions at the Ministry of Finance, Samson Akilgu says the recently inaugurated FX Committee is to help coordinate the various efforts by the government to stabilise the cedi and not to probe the free fall of the cedi as has been reported.

“This committee is bringing the players who are the cause of this seasonality so that we can fashion a strategy to inform the work of the EPC so that all the good work is being done can be properly coordinated. This would just feed into the work of the committee.”

The establishment of the committee, named the FX Developments Committee, is a fulfillment of a promise made by the Ministry last year to constitute a bi-partisan committee to look into the problem and help address it.

He said the committee will work to complement the efforts of the Bank of Ghana in curtailing the usual poor performance of the cedi against other major foreign currencies.

The formation of the committee has generated debate within the political circles as some have described it as unnecessary.

The Deputy Finance Minister, Charles Adu Boahen, at the inauguration, stated that the FX Development Committee is not usurping the powers of the Central Bank.

He said the committee will complement the efforts of the Bank of Ghana in curtailing the usual poor performance of the cedi against other major foreign currencies.

BoG, IGP clash over attack on bullion vans
20 minutes ago