Rawlings Dares UEW To Publish EOCO Report On Avoke, Others 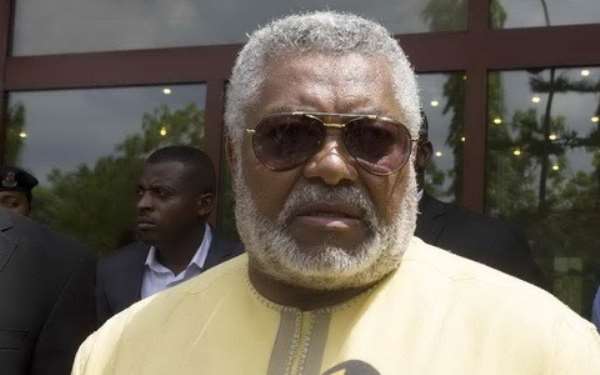 The office of ex- President Jerry John Rawlings has responded to some claims made by the University of Education, Winneba, following concerns raised by the former President during his speech at the 38th anniversary of the 31st December revolution in Winneba.

Former President John Rawlings at the event called for Reverend Professor Afful-Broni to step aside as Vice-Chancellor of the University to allow for some unspecified investigations.

But the University in response described the former President's call as misplaced.

The office of the former President has continued the back and forth in a press statement signed by its Communications Director, Kobina Andoh Amoakwa, and dared the university to among other things publish the earlier court of Appeal and Supreme Court rulings that quashed the earlier decisions of the High Court.

The statement further dared the university to also publish the Economic and Organized Crime Office report that followed a probe into the matter.

But the University in their earlier press statement indicated that the dismissal of Prof. Avoke and others was not as a result of the EOCO report or any other report but, on grounds of wrongful conduct established by the University governing council.

“Former President Rawlings does not support any party in this issue. He is however very concerned with the entrenched positions taken by those at the helm of affairs at the University and their failure to appreciate the harm to not only the university, but also the global recognition of our educational institutions as well as the quality education of our wards at the university.

“We dare the University to do the following:

a. Publish the earlier Court of Appeal and Supreme Court rulings that quashed the earlier decisions of the High Court.

b. Publish the appointment letter of Prof. Mawutor Avoke and the terms therein for your intended education of the public.

c. Re-Publish your Press Release of 7th November 2017 which announced the decision of the Governing Council to interdict Prof Avoke and others – a position which contradicts your latest pronouncement.

d. Publish the EOCO Report,” portions of the statement said.

The full statement can be viewed here Background

Prof. Avoke's troubles date back to 2017 where a Winneba High Court ordered him to step aside until a malfeasance case brought against him and the University's Governing Council was determined.

The case brought before the court by one Supi Kofi Kwayera, who insisted that the Vice-Chancellor and the Finance Officer, were operating under the institution's defunct governing council.

Supi Kofi Kwayera also alleged financial and procurement irregularities on the part of the Prof Avoke.

Following the Court's ruling in December 2017, Prof Avoke, together with some other Principal Officers of the University, was removed by the school's Governing Council.

This was described by some lecturers as politically motivated.

Later the Supreme Court overturned the High Court decision which led to the removal.

The management of the school, however, insisted Prof. Avoke will not be reinstated because his dismissal was determined by the institution's Governing Council.