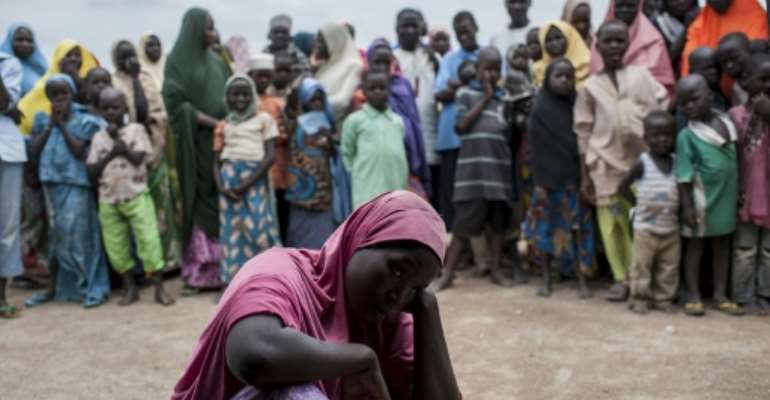 No aid workers were harmed in the assault, but a military source said that one soldier and four assailants died in the ensuing gunfight.

Islamists in several trucks fitted with machine guns stormed the humanitarian hub near a camp holding 55,000 displaced people in the remote town of Ngala on Saturday, humanitarian and military sources said.

The UN said it "was outraged by the extremely violent attack on this key humanitarian facility where five United Nations staff were staying at the time of the incident".

The attack is the latest to target aid workers trying to tackle the vast humanitarian crisis caused by the decade-long jihadist insurgency in northeast Nigeria.

An aid worker said the jihadists fired anti-aircraft machine guns and rocket-propelled grenades as they engaged soldiers in battle.

"The soldiers managed to evacuate the aid staff to their base close by while fighting continued," the aid worker said.

The UN said that an "entire section of the facility was burned down as well as one of the few vehicles UN agencies rely on for movement and aid delivery".

UN humanitarian coordinator for northeast Nigeria Edward Kallon said he was "shocked by the violence and intensity of this attack, which is the latest of too many incidents directly targeting humanitarian actors and the assistance we provide".

A Nigerian military officer said that the attackers "had also abandoned a vehicle laden with explosives intended for a suicide attack near the humanitarian hub".

Twelve aid workers were killed in northeast Nigeria in 2019 as the conflict has become increasingly perilous for those trying to deliver humanitarian assistance to the hundreds of thousands of displaced.

Two female humanitarian workers are still being held by jihadists after being kidnapped.

The jihadist conflict in northeast Nigeria has killed 35,000 people and displaced around two million from their homes.

There was no immediate claim of responsibility for the attack from either faction.

The violence has spread to neighbouring Niger, Chad and Cameroon, prompting the formation of a regional military coalition to fight the Islamists.