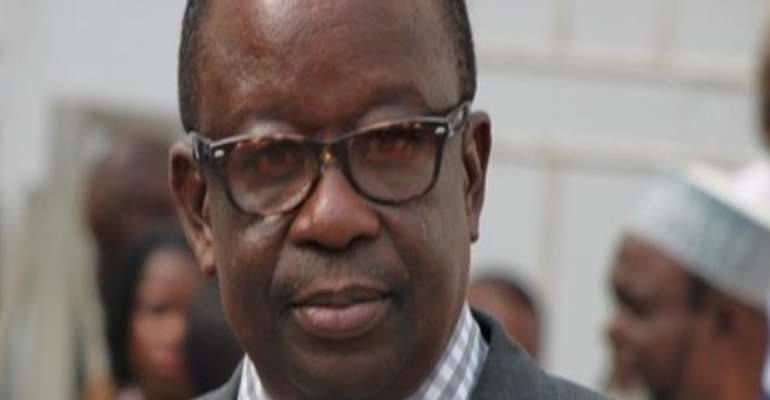 I was, as usual, preparing for my write-up for the week last Sunday so I stayed away from social media. When I finally switched on my data around 2:00pm, I had received over 80 messages, all on the Hon. Albert Kan-Dapaah's video. Even before I watched the video, I knew it was bad for the gentle and affable politician.

I had mixed feelings after watching the video. I was happy he was not caught naked engaging in a wild ‘jigi-jigi’ bout. But I was at the same time sad because it is a shame for a man of such stature to be caught on camera pandering to the whims of a damsel who could pass for his granddaughter.

I had a sense of déjà vu while watching the video. Yes, a similar thing did actually happen when I was in my early teens.

A man had passed away leaving two widows and five children from the first wife. The second wife had no child. Many had suspected the nephew of playing nocturnal hanky-panky games with the latter long before his uncle’s demise, but no one could provide any evidence. The nephew’s gut to fight the children for the properties of their late father was, however, the last straw.

The children therefore started monitoring his movement until he was caught one night entering the second wife’s apartment. They waited for the bed to start muttering its creaky complaints before they barged in on the two love birds. The two were drenched in shame as they were caught “in flagrante delicto” (right in the act).

Those were pre-social media days so they were spared the kind of embarrassment Wofa Kan-Dapaah has had to endure. But the embarrassment they felt was strong enough to make them elope from the area.

That was the incident that made my late father advise me to be wary of my source of gratification. He said, “A man’s foolishness lies at the source of his pleasure and the best time to catch a fowl is when it is pecking corn.” How profoundly true!

Do not get me wrong, Abusuapanin! I’m not in anyway blaming Wofa Kan-Dapaah. On the contrary, I do understand and sympathise with him. I’m not his age mate, not even close, but I can relate to his situation. Only an ‘old man’ who has ever had the experience of being made to feel like a teenager by a ‘small girl’ can understand the indescribable feeling Wofa Kan-Dapaah shared with the damsel.

I’m sure you’ve ever read in this column my intention to contest Hon. Moses Anim for the Trobu Constituency seat this year. As I write, I have a few party bigwigs ready to sponsor my campaign. But my weakness is making me develop cold feet.

Did I hear you ask what my weakness is? I’m no hypocrite, so I will spill the bean. I’m not immune to the situation that led to Wofa Kan-Dapaah’s public disgrace because I struggle to resist the temptations of quintessential daughters of Eve. I therefore shudder to imagine becoming a Member of Parliament ((MP) only to be greeted by a similar disgrace.

You see, the Kan-Dapaah video has afforded some of my compatriots the opportunity to once again advertise their hypocritical tendencies. It is very disheartening to hear some of them speak. They talk as if they are holier than the angels above. People who could have done worse in Wofa Kan-Dapaah’s shoes are talking as if he has committed murder.

Am I surprised? Of course, not! How could I when I see their gleeful faces as they discuss his “downfall”? They are only epitomizing the true nature of the Ghanaian by rejoicing over the downfall of others.

Yes, Wofa Kan-Dapaah is a National Security Minister but he owes no one but his family apology. He has not committed any crime, has he? I can only imagine the pain his wife, children and members of the extended family are going through in these trying times.

If only my compatriots would listen to these words from Brother Louis Farrakhan and cut Wofa Kan-Dapaah some slack: “When you see men fall, don’t laugh. Learn, learn because you are on your way up. And things that tempt men to fall, you and I are not free from that temptation nor from that weakness that will cause us to stumble and fall. When you laugh at somebody else’s fall, white or black, rich or poor, your enemy or your friend, you are laughing and opening away for your own demise when you do that. Because to laugh and not learn, to make mockery and not understand, is to make the same mistake yourself.”

Arrest Any Chief Involved In Galamsey - NPP Communicator
5 minutes ago