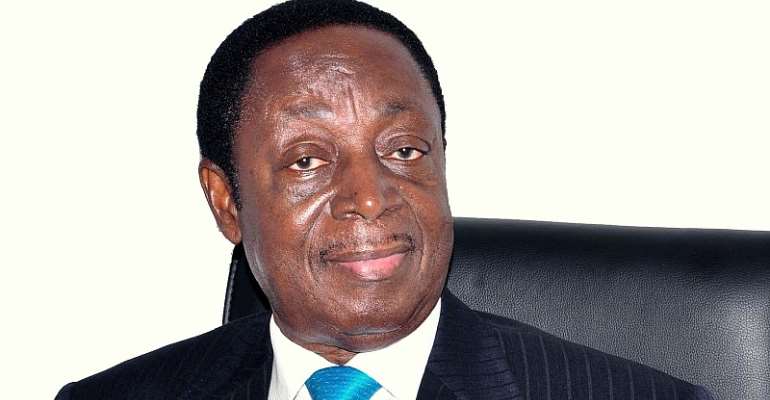 Former Finance Minister, Dr. Kwabena Duffuor, has sued the head of the Special Investigation Team probing the collapse of seven local banks during the banking sector crisis accusing Edward Tabiri of harassing him.

He is seeking a perpetual injunction to restrain the team’s head, Edward Tabiri, from continuing in this purported harassment.

According to the suit dated January 8, 2020 and sighted by Citi News, Dr. Duffuor received a letter from the Special Investigation Team requesting his cooperation with investigations into allegations of money laundering against him.

This is because of his ties to the now-defunct UniBank .

Dr. Duffuor, in turn, directed his lawyers to reply saying he had not served as director of UniBank since 2009 hence he was not in a position to assist with the investigations.

“…the respondent very well or ought to have known that I ceased to be a board member of UniBank since 2009 when I was appointed into a ministerial position and that I had no connection whatsoever with the collapse of UniBank in 2018 .”

“…I reiterate that from February 2009 when I left UniBank, I had never occupied any directorship nor management position in UniBank Ghana Limited,” he said in the suit.

He also requested the specific allegations against him but is yet to receive a response, according to the lawsuit.

Following this, Dr. Duffuor claims that Mr. Tabiri, has threatened to “have him arrested, detained and hurriedly arraigned before the court on nonexistent and or frivolous charges in order to embarrass and humiliate him thereby lowering his standing in society.”

Dr. Duffuor fears the defendant will carry out this threat “unless restrained” by the court.

He thus wants the court to declare that the officer's alleged threats “constitute an infringement of his fundamental human rights.”

He also wants an order directed at Mr. Tabiri to stop the threats in addition to an injunction restraining him.