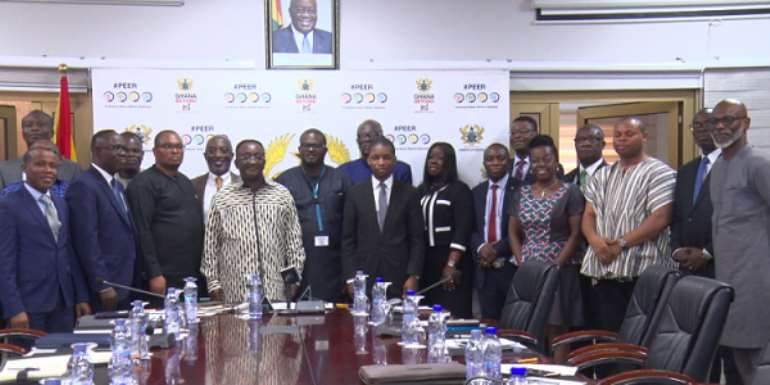 Members of the committee

A currency analyst Collins Appiah says the depreciation of the Cedi won't be addressed by the setting up of committees.

The comment comes on the back of the establishment of a committee by government to investigate the regular fall of the Cedi against the major trading currencies especially the dollar.

Speaking on the Morning Starr Monday, Mr Appiah said the problem of the Cedi is the lack of political will by the managers of the economy to take bold decisions that can stabilise the currency.

“I’m totally not sure we don’t know the cause of our problem. This is the work of the Central bank. The solution does not lie in setting up forex committee. If BoG wanted views of groups, they can easily consult them. But because politicians have to be elected every four years, they are not willing to take the hard decisions.

The formation of the committees follows a promise made by the Finance Minister, Ken Ofori Atta last year that government would establish a bipartisan committee to investigate the structural causes of the cedi depreciation and propose adequate measures.

The membership of the committee, however, is drawn from the Office of the Vice President, Bank of Ghana, Agriculture Ministry, Ghana Union of Traders Association (GUTA), Association of Ghana Industries, some universal banks among other key stakeholders.

The Deputy Finance Minister, Charles Adu-Boahen, speaking at a press briefing in Accra to inaugurate the committee explained that the mandate of the committee is to review the current Forex (FX) regime, offer workable alternatives by way of policy interventions which potentially would reduce FX risks in the economy and also identify the inherent constraints in the system.

“The FX Development Committee which is chaired by the Finance Minister, Ken Ofori-Atta is also to critically look at the role of automation and digitization as a critical enabler of FX reforms,” he said.