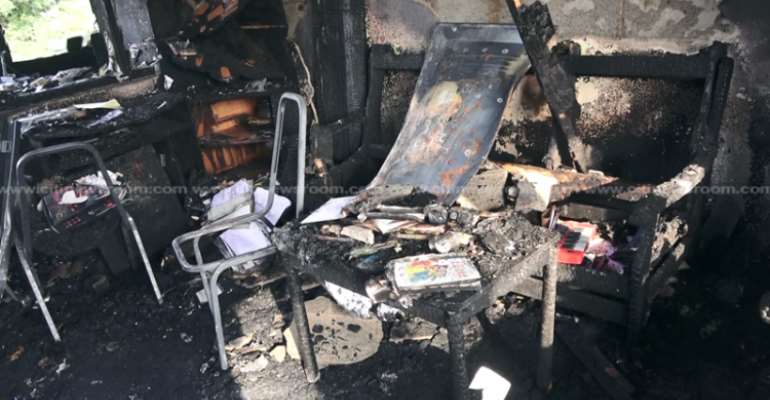 The Ghana National Fire Service (GNFS) has launched an investigation in the fire incident that occurred at the 37 Army Officers Mess in Accra.

Four rooms on a block at the mess were destroyed by the inferno which started around 9am on Saturday.

Head of Public Relations for the Service, D.O. Ellis Robinson Okoe, told Citi News that, although no casualties were recorded, the probe will assist in ascertaining the cause of the fire.

“When we got there, we observed that three out of four rooms were on fire. So, we engaged two of our tenders to put off the fire. Basically, it is a flat within the mess compound so, most of the things that got burnt were personal belongings. Our men are on the grounds investigating and doing all the assessments. I want to say that because of the change in weather conditions, the fires are occurring all over so we need to be very cautious.”

Shortly after the unfortunate incident, other residents on the affected block were asked to evacuate the premises.

When Citi News visited the scene of the fire, other residents were seen departing the mess.