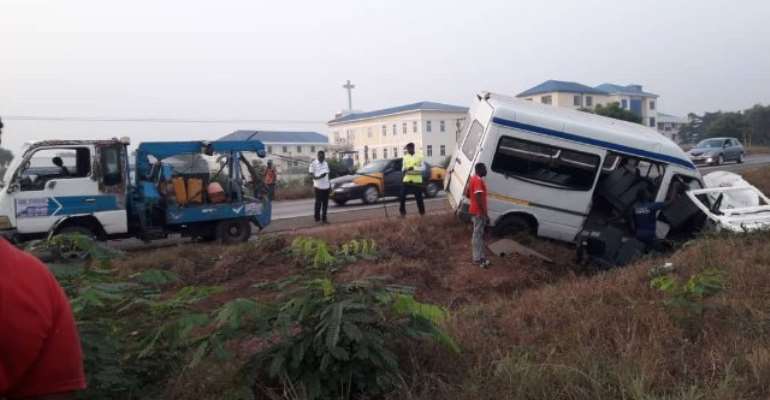 Two vehicles, a Sprinter and a Toyota Ella have been involved in an accident on the Accra-Tema motorway on Monday at the Action Chapel junction.

No death was recorded but several passengers sustained various degrees of injuries.

According to the passengers involved, the driver of the Sprinter was driving carelessly and refused to heed to their pleas to reduce speeding so early in the morning.

Recounting the incident, Kwesi Aboagye, a passenger told JoyNews that the Sprinter driver lost control of the car after his tyre burst; causing him to run into the Toyota.

Meanwhile, injured passengers have been transported to the hospital by an ambulance.